I've always thought that the Chinese wore red clothes on Chinese New Year merely for good luck but I didn't know that there was a legend behind this practice until my Malay friend told me the story! Shame on me!!! Tsk! Tsk! 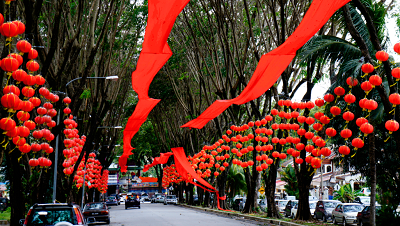 Long ago, in ancient China, Nian, a man eating beast, would visit villages on the first day of the Chinese lunar year to devour livestock, crops and especially children. During one of the attacks, the Nian freaked out at the sight of a child wearing red and slinked away. For some reason, the beast was scared of the colour red. 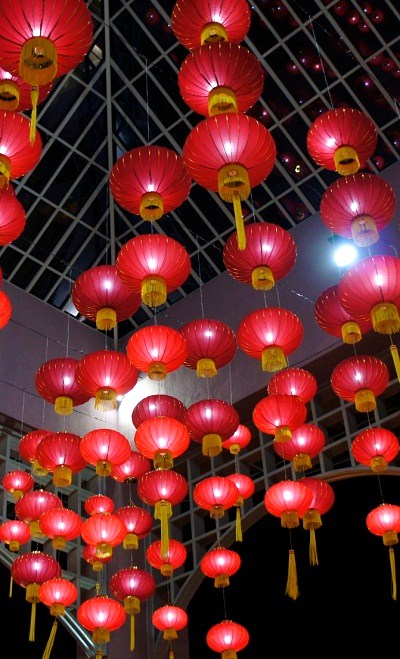 From then on, the villages would hang red banners and lanterns, wear red clothes and set off red firecrackers every year in anticipation of the Nian's annual visit but the beast was never seen again. After many years, the Nian was eventually captured by an ancient Taoist monk, Hongjun Laozu and turned into his mount.

This explains why the Chinese New Year is referred as Guo Nian in Chinese which translates as the passing of Nian. 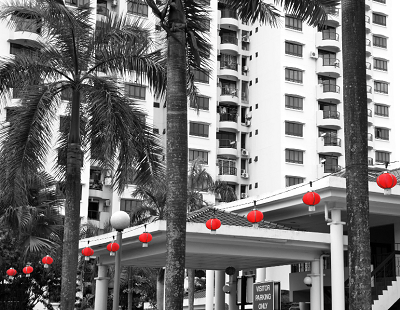 Every year, red lanterns are strung around our condo during the Chinese New Year for a festive vibe.
Posted by Veronica Lee at 7:21:00 AM