Anne of Flour Box Bakery invited 40 talented cookiers to help her commemorate President's Day in a collaborative cookie project. Each person would cookify a President of the United States in celebration of Presidents Day 2013.

Click on the links below and enjoy their creations! 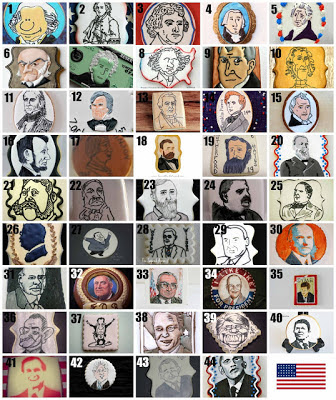 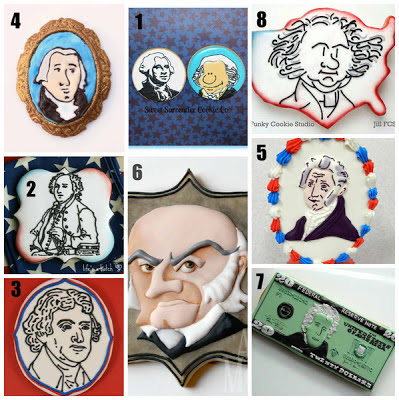 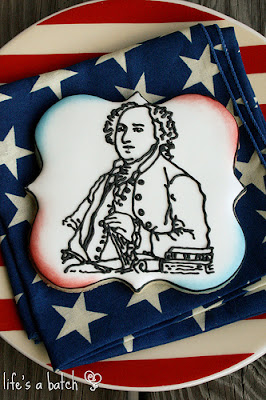 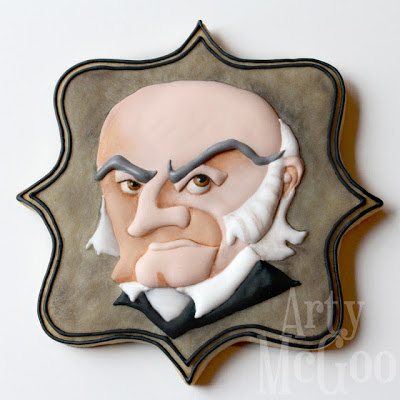 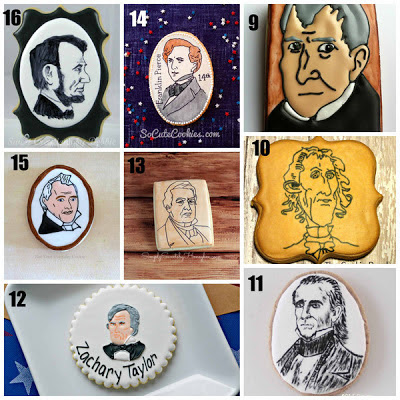 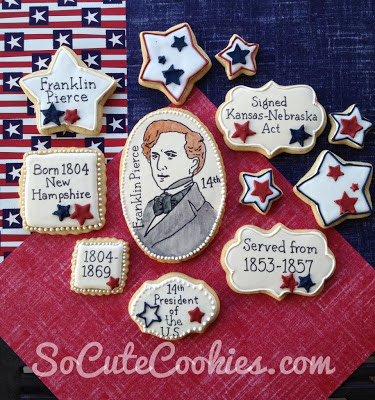 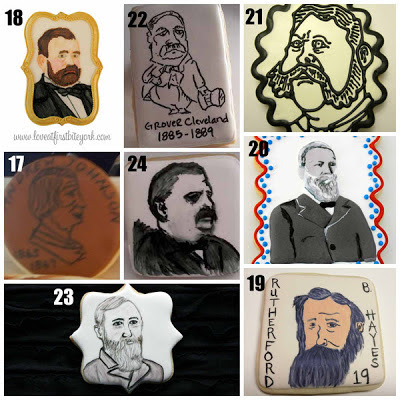 17) Andrew Johnson by Liz of CookiesToGo
18) Ulysses S. Grant  by Rebekah of Love at First Bite
19) Rutherford B. Hayes  by Heather of Twins Plus One Goodies
20) James A. Garfield by Teresa of Sugar T's Cookies
21)  Chester Arthur by Alyse of B.E. Sweet Treats
22) Grover Cleveland  by Kimberly of Barefoot N Baking
23)  Benjamin Harrison by Laurie of Cookie Bliss 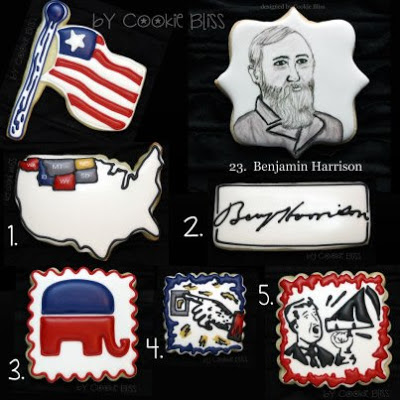 3. President Harrison was a Republican

4. Harrison was the first president to use electricity in the White House. However he and his wife would not touch the light switches for fear of electrocution and often went to bed with the lights on as he required the staff to operate all light switches!

5. President Harrison was a “big talker”. He once gave 140 completely different speeches in 30 days! 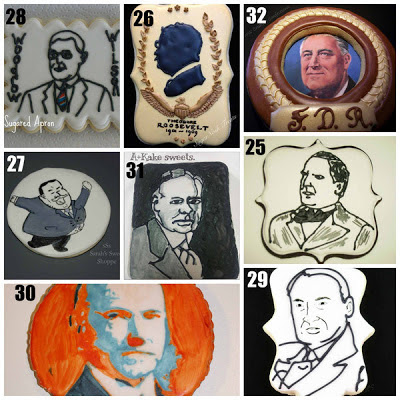 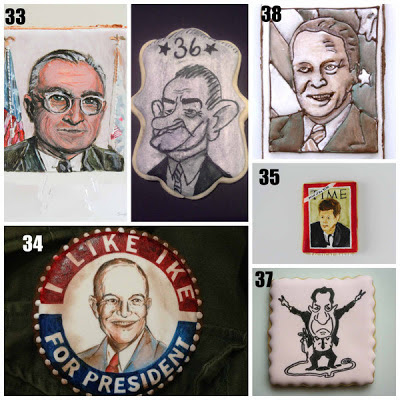 33)  Harry S Truman by Kim of Sugar Rush Custom Cookies
34)  Dwight Eisenhower  by Monica of Cookie Cowgirl
35)   John F. Kennedy by CeCe of The Tactical Bakery
36) Lyndon B. Johnson by Jennifer of One Kookie Cookie
37)  Richard Nixon by Jackie of iBakery
38)   Gerald Ford by Georgeanne of LilaLoa 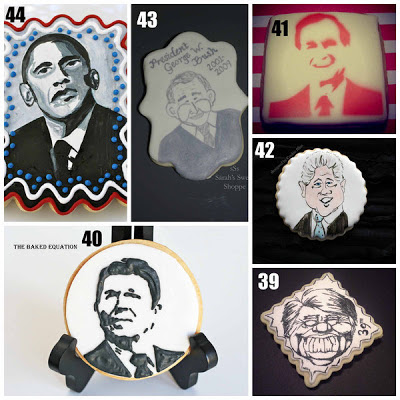 39)  Jimmy Carter by Jennifer of One Kookie Cookie
40)  Ronald Reagan by Melissa of The Baked Equation
41) George Bush Sr. by Penny of Lucky Penny Cookies
42)  Bill Clinton by Laurie of Cookie Bliss 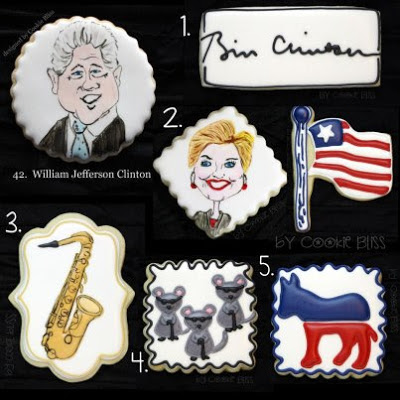 5. President Clinton is a Democrat.