2014 wasn't a great year for me and I'm hoping that 2015 will be a better one. I'm not really into Fengshui and all that Chinese hocus-pocus but I was told that wearing green this Year Of The Sheep will enhance your wealth luck. I could really do with some wealth luck!
Anyway, green is my favourite color and I look really awful in red though wearing red during the Chinese New Year is believed to be auspicious. Ha, maybe that is exactly the reason why I've never had wealth luck for as long as I remember. I don't wear red! Growing up, we wore red every Chinese New Year as it was a family tradition. We were like walking 'ang-pows' !
Ang-pow literally means "red packet" in Hokkien  and are those lucky red envelopes with money in them that are given out as gifts during festive occasions like weddings, birthdays, and throughout the fifteen days of Chinese New Year. Traditionally, they used to depict images of good luck - blooming flowers for prosperity, school of fish for overflowing wealth each year, children for laughter and happiness, and sail boat for smooth sailing in business and life. But these days, it's not uncommon to see images like angry birds, hello kitty or even Olaf on them! Heck, they are not even red! Why am I not surprised?
When we were in primary school, we would 'house-hop' for ang-pows during the Chinese New Year. We would go in a group, unsupervised, from house to house in the neighbourhood, on foot and sometimes riding on our bicycles to collect those little red packets from the parents of friends and even from people we barely knew! I guess times have changed. The word 'pedophile' was unheard of then.

Speaking of green, I made this St Paddy's doggy for an extra dose of good luck. Green and shamrocks, how wrong can you go? 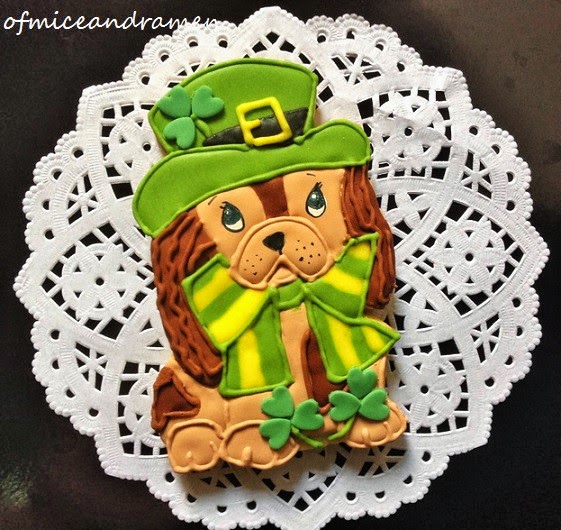 As I'm typing this, we're on a road trip back to our hometowns to celebrate the Chinese lunar year with first, my in-laws In Penang and then my parents in Ipoh. On a normal day, it takes about 3 1/2 hours to reach Penang but judging from the heavy traffic ahead, I think it will take us all day. Last year, we were on the road for 8 hours! Not fun especially when you're incontinent. The annual exodus to hometowns for family reunions celebrating the Lunar New Year holiday already started on Saturday. All that haste and urgency is because everyone's presence is expected during the reunion dinner on the eve of the Chinese new year.
Happy Chinese New Year, pallies!
Posted by Veronica Lee at 1:40:00 AM 13 comments: Josh started pre-university about 2 weeks ago and he seems to be enjoying college life. The Dean awarded him a scholarship in the form of a tuition fee waiver for the Foundation in Science programme. Josh intends to pursue a degree in Biotechnology.

While sorting the laundry this morning, I saw Josh's lab coat in the pile for the first time. Don't know why but it made smile. It seemed like only yesterday I was sorting out his white high school uniform!
Yes, we are still living under the same roof! The university is a ten-minute drive away and after doing the math, it works out that it is more practical and economical for him to stay with us than to move out. I am secretly doing the happy dance! I think he is less than pleased though.
I asked him what's the best part of college life so far and he says it's the food!

He enjoys his meals at the restaurant that are prepared by the culinary students from the School of Hospitality. It's a restaurant that is run by the students for the students. I had lunch there once and the food was fantastic. The variety is amazing and the prices really affordable. The School of Culinary Arts in his university is among the best in the country. How lucky! The canteen food in the college I attended really sucked! 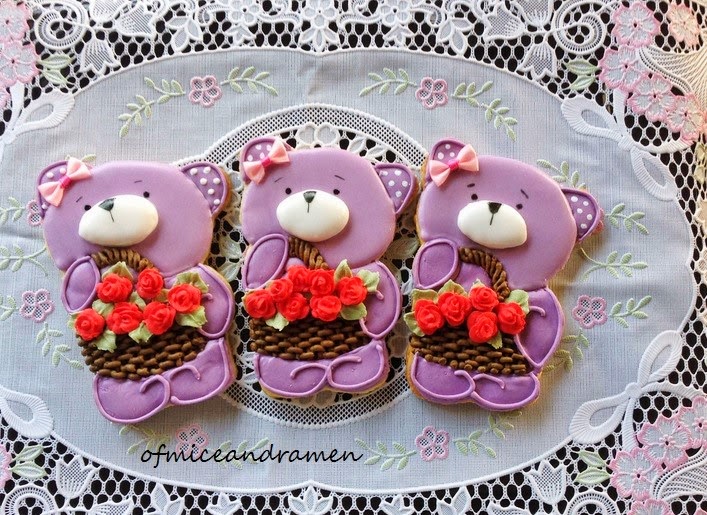