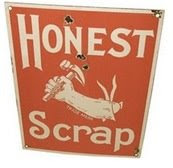 Thanks, Elisabeth for the award. If you don't already know Elisabeth, visit her blog at http://www.latenoonviews.com. She writes awesome posts.

The rules for this award are as follows...

Here are some facts you dont' know about me.

1. I can't drive! I don't even have a driving license. I had an accident when I was twelve.I was knocked down by a bus when I was riding a bicycle and ever since that incident, I have a phobia for crossing busy roads. The other reason why I don't try is my poor sense of direction. I get disorientated easily. My cousin says it's something to do with being 'spatially-challenged'. Looks like I'm challenged in almost everything.

2. I don't eat anything that's 2-legged. There are many theories by my parents,aunts and older siblings to this strange gastronomic adversion to fowl.
This is my mom's theory - When I was four years old, we used to rear a turkey in our backyard. It was a huge one and I loved it to death. I even rode on it and when I found out that it ended on the dinner table, I went loco. I vowed I would never eat another bird in my life.
I have vague memories of seeing my grandmother slaughtering a chicken which could also be the cause .

3. I bribe my boys everyday to pull the grey strands of hair from my head.

4. I was a computer programmer. Go ahead and laugh your heads off. But it's true. I hold a diploma in computer studies. It was way back in the early 80's and I was single and focused. The internet was unheard of then( not in Malaysia,anyway). Somehow, 16 years of being a SAHM to 2 ever-squabbling boys numbed my brains.

5. I was a partner-in-crime in a bomb hoax. We were teenagers when my cousin was visiting from the U.S. My sisters and I wanted to skip school to spend the day with her but our parents didn't allow it. Then, we came out with this plan - We went to school as normal and later in the morning, my cousin called up the school to report about a bomb that was planted in the school grounds. There was total chaos. It was like a scene out of CSI. The hoax forced an emergency evacuation . An ambulance and several patrol cars were on the scene and the news hit the headlines of local newspapers the following day. When our youngest sister squealed on us, our parents punished us big time.

6. I once had my hair permed to look like Farrah Fawcett's famous hairstyle but it was a major fiasco. My straight-as-poker hair was hard, thick and unyielding and I ended up looking like one of the Jackson 5 brothers. Think Chinese Michael Jackson with slant eyes! I cried for days.

7. I take pleasure in crying over sad movies. My late cousin(the one who planned the bomb hoax) said I'm a mental mesochist. I still cry over the movie, "Dragon Heart" even after watching it for the hundreth time - the part where Drago sacrifices himself.

8. I'm a dabbler. I used to cross-stitch, knit, paint ceramics, take singing lessons, stencil and dabbled in a list of other things. However, all of my interests were short-lived. Hubby wonders how long my blogging obsession will last.

9. I used to be an avid reader. You guessed it. John Steinbeck was one of my favourites, hence my blog title but I had to use ramen instead of men because the domain name was already taken. I don't have a preference for any particular genre but as a teenager, I was really big on Phyllis A. Whitney. She was the 'Queen of the American Gothics'.

10. I have a knack for slogan-writing and have won 40+ prizes in slogan-writing competitions. My list includes a chevy, RM15,000 cash, hampers, electronic products, cosmetics, cinema passes, free magazine subscriptions ......... etc, etc. The list is kinda long. Do I sound conceited? Well at least, there is something I'm not challenged at.

Here's my chance to blow my own trumpet! 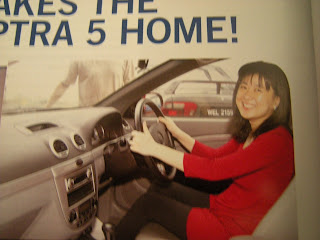 Me modelling the Chevy I won 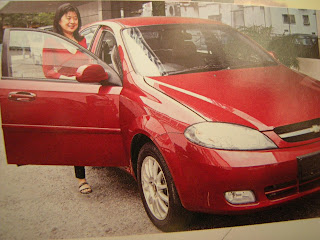 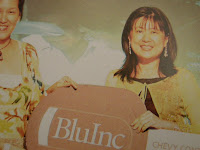 Me, holding the mock key at the prize-presentation ceremony

Here are the bloggy buddies I'm giving the award to :-