Armed with a bag of tools, a mat and a stool, this street cobbler plies his trade in front of a 7-eleven outlet in my neck of the woods. 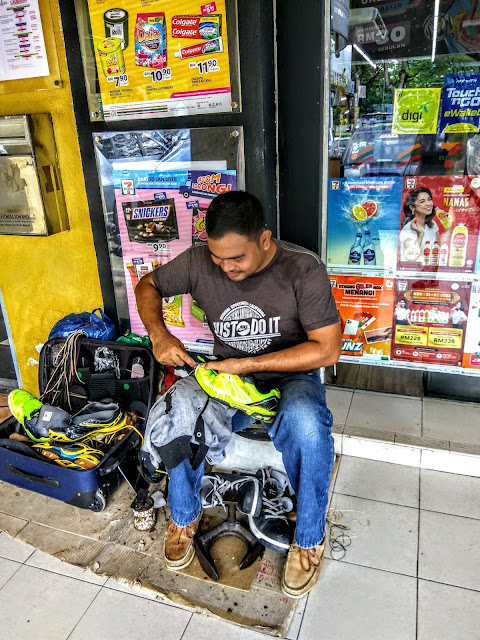 Do old-school cobblers still exist in your corner of the world?
Posted by Veronica Lee at 10:11:00 PM 36 comments:

Face masks are flying off the shelves in my corner of the world and every pharmacy I hopped into was short in supply of the coveted item.

This morning, after queuing for half an hour, I finally found a pharmacy that ended my quest.

The queue for masks. 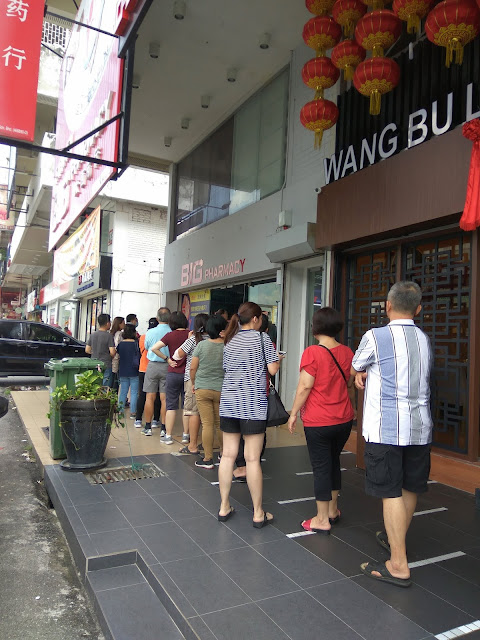 Each customer is limited to only 1 packet which contains 5 pieces. 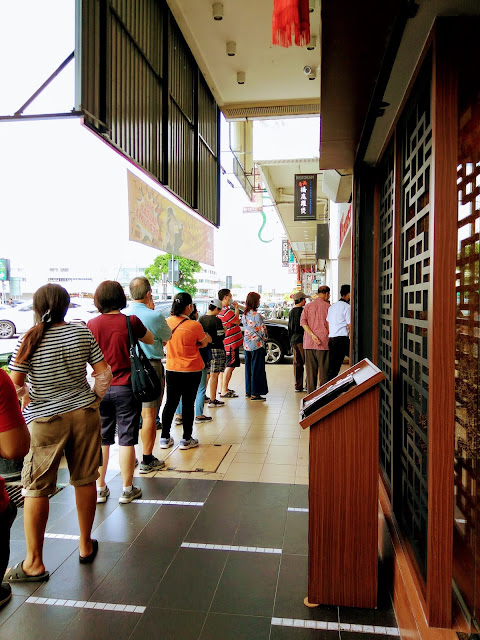 As of yesterday, three more Covid-19 cases have been identified in Malaysia, bringing the total number to 22. 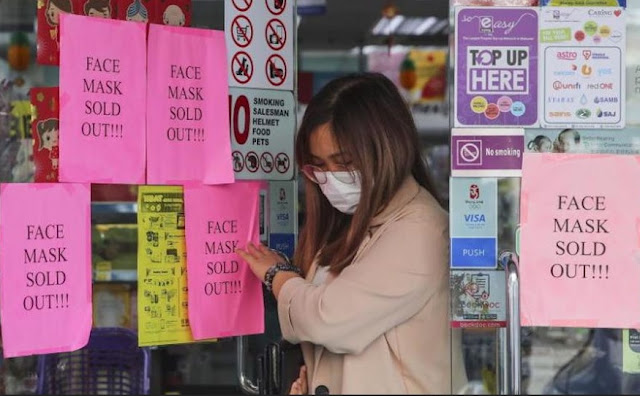 Are you worried?  Are you keeping calm in your corner of the world? 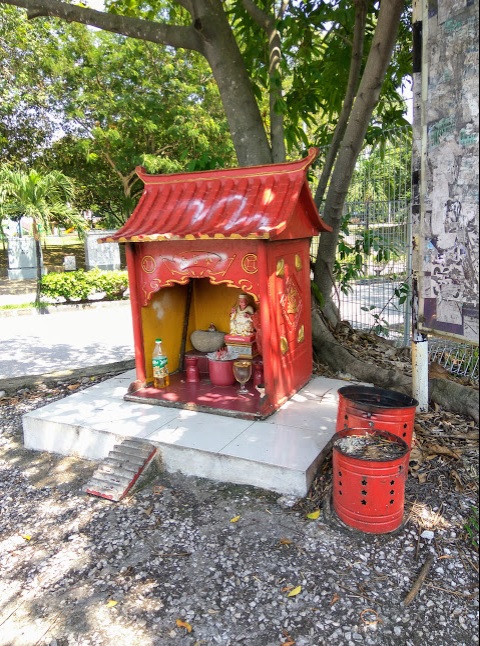 Over here in my corner of the world, chances are you would stumble upon little red "houses" wherever you go – in the city, the countryside, your neck of the woods and even on golf courses!

These ubiquitous little red houses are actually shrines and are located by the roadside and usually under a shady tree. The shrines are worshiped by the residents living in the neighbourhood. 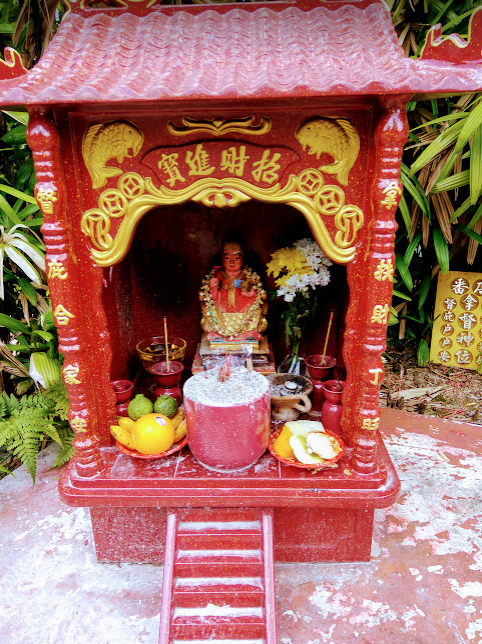 Take a peek inside and you would find the statue of a Malay deity, food offerings, joss sticks and a little cup of tea! However, no pork or alcohol is served – only halal offerings!

The deity (Datok Gong) is dressed in a traditional Malay costume with Islamic elements.  Datok means grandfather in Malay and Gong is the Chinese equivalent. Thus, Datok Gong is a fusion of  synonymous Malay and Chinese honorifics. The Datok Gong is a guardian spirit who looks after the peace, health, wealth and well-being of the people on the property/land he is protecting.

In Malaysia, every Malay is Muslim by law, so what is a Malay-Muslim deity doing in a Taoist shrine?!

During the 19th century, Chinese immigrants to the Malay archipelago brought along their culture of worshiping Taoist deities (earth spirits) to these lands. Away from their homeland and in foreign soil, the immigrants sought the protection and help from local guardian spirits.

Back then, before the arrival of Islam, the local Malays also practiced similar guardian spirit (penunggu) worship. Both practices intertwined and a fusion belief was born.


Unlike other Taoist idols, Datok Gong is uniquely dressed in a sarong, wears a  songkok, and brandishes a keris. He is after all, a Malay-Muslim deity! 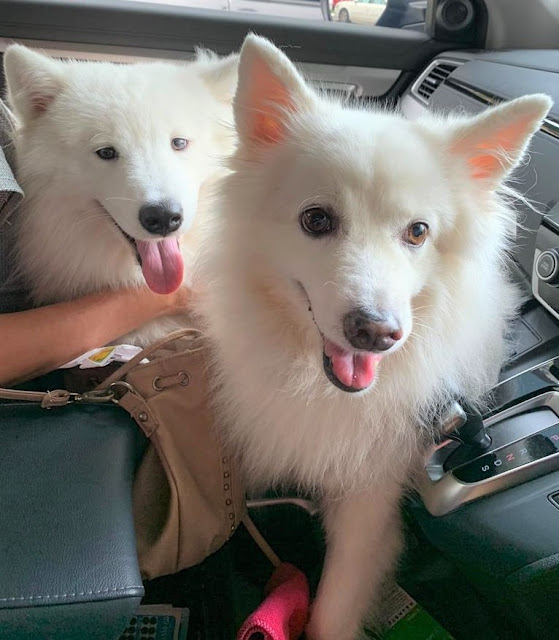 Tory (left) is Samoyed and Belle is Japanese Spitz.