Back in 2009, rumours of a mermaid that was washed ashore on a Malaysian island spread like wildfire across the nation. There was even a short video clip of the mermaid lying dead on a beach.

Be warned that the mermaid in the following video doesn't look quite like Ariel. You may find the image disturbing.

Turned out, the purported mermaid was a sculpture by artist Juan Cabana. Quite frankly, I was a little disappointed. I had wanted to believe that mermaids were real and one was discovered at long last.

And why not? The existence of merpeople  really is quite plausible for 2 reasons.

1.  Mermaid tales have existed across all cultures since time immemorial, long before the different cultures interacted with one another. Paintings, poems and sculptures of these amphibious maidens sometimes found in Indian temples are evident that such creatures are more than just a figment of the imagination.
Growing up, my first mermaid tale was the one Grandma used to tell before tucking us to bed. According to Chinese mythology, sailors loved to trap mermaids to sniff out their tails. Simple minded though beautiful, they were easy to snare. Their tails were naturally purple and smelled of happiness but would turn to red and smell of sadness when they were unhappy. Mermaids in Chinese literally translates as 'beautiful human fish'.

2.The ocean covers 71 percent of the Earth's surface and contains 97 percent of the planet's water, yet more than 95 percent of the underwater world remains unexplored. Who really knows what's down there in those bottomless mid-ocean trenches? After all, two new whale species were discovered only in recent years.

If mermaids were real, I believe they aren't the alluring beautiful creatures we grew up imagining and would probably look more like monsters than Ariel. Baby boomers, remember the black and white photograph of a 'reverse mermaid' that made quite a splash circa 1973? I was in fifth grade when a classmate brought the picture to school. The creature in the photo had a fish’s head and the hips and legs of a fully-developed woman. For a very long time, I never knew for sure if the mysterious entity was fake. It did look kinda fishy! It was only until recently that I googled and learned the reverse mermaid was indeed a hoax that originated in or around Yemen during the early 1970s.  The story behind the hoax until today is still undisclosed.
I believe or rather I choose to believe that mermaids along with dragons, unicorns, werewolves, vampires, fairies.... exist simply because they represent the unknown, the mystical, the supernatural. Maybe they are not what we have in mind but they are definitely out there, elusive, lurking in the twilight place between land and sea.

What about you? Do you think mermaids are real? 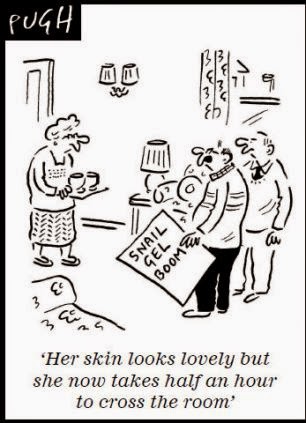 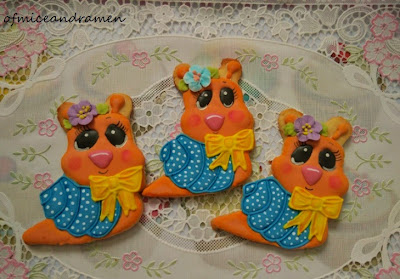 A couple of days ago, Josh asked me if I could help him write a letter to an old lady who's dying of cancer. His classmate, C, is trying to get as many people as possible to write to Aunty M, an inmate in a nursing home who is facing her final days alone. Her family has abandoned her. C visits her everyday.

I'm not one who's good with words so I suggested giving Aunty M a cookie with a short message. 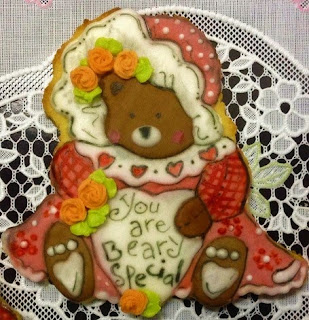 Rodney came home from school today with the following reply from Aunty M. The letter was written in Chinese but neither one of us can read Chinese so we got a neighbour to translate for us .

Thank you for the lovely cookie. How sweet of you!  I am so touched by the kindness you have shown even though you hardly know me. You certainly have made my day!

I will pray for you always. 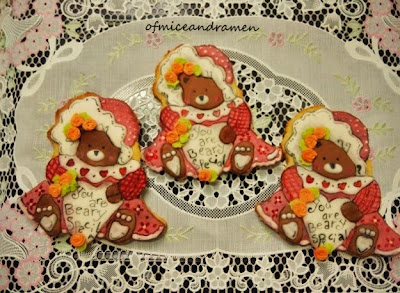 What a sweet lady!  We plan to visit her but C says Aunty M does not wish to see anyone at the moment so for now, Rodney and his classmates will just send her little messages and gifts to light up her remaining days.
Posted by Veronica Lee at 9:27:00 PM 10 comments:

With Mother's Day just around the corner, I am thinking of my 91 year-old mom. I've always been my mom's favourite child and she is the queen of my heart.
Born in the 1920s, Mom was very different from the very traditional Asian mothers of  her time. While most women of that era were housewives who couldn't drive  and were illiterate, Mom was a nurse, had her own car and English educated. I remember beaming with pride whenever she drove me to school. And she was quite the dancer too. She could waltz and tango. She really rocked the Foxtrot! Me? I have two left feet!
Although considered very untraditional, Mom was and still is very Asian in her ways. And like many Asian families, big hugs and praises were not openly displayed and given in our family when we were growing up.

I recall the time when my cousin was leaving for college in Australia. At the airport. her conservative mom just gave her a mere handshake and wished her the best! No hugs. No kisses. Isn't that sad?

My boys, on the other hand, are complaining that I am overly demonstrative and are constantly embarrassed by my generous hugs! Such an outward display of affection is met with disapproval by my mom-in-law. "You should always love your kids from the inside or they will grow up spoilt", she reminds me every now and then.

I may be open with my boys but my sisters and I are still challenged by the awkward PDE (public displays of emotion) policy with my parents.  With my parents' days numbered, I am hugging them more but still find it very uncomfortable and awkward especially with my dad.

Here's a very uplifting video on things Asian parents say/do in place of "I love you".
Ha! Like most Asians, we are very proficient in reading cryptic gestures like  mom picking the last piece of meat with her chopsticks and putting in on your plate at dinner. Or Dad staying up until the wee hours of the morning until he heard the sound of the key turning in the door, assured that you were safely home from a party before he silently went to bed. It meant "I love you"!

As blogger Cindy writes, “Chinese families know how to love fiercely. They do it through immense generosity, unwavering loyalty, and a lot of food. We love differently, not better, not worse, but definitely different.” 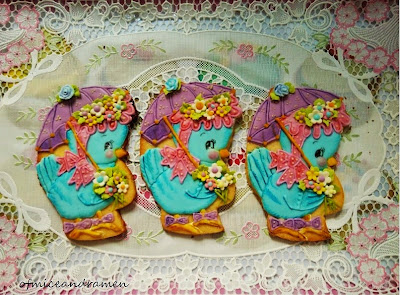