"Turn left, recalculating distance... turn right...", the unrelenting, annoying GPS lady directed us straight to a pond on the right. The classic scenario - we had been driving past the same petrol station 4 times in the last hour but we were still no closer to the quay. The boys were getting restless and my patience was wearing thin but despite our pleas, Hubby refused to stop and ask for directions. And it wasn't some unfamiliar territory we were in - we were in his hometown and we visit his folks regularly. If it wasn't for the need to fill our growling stomachs and an urgent toilet stop, I was sure he was going to drive aimlessly down the same stretch of road another 10 times, cursing and swearing at every vehicle in front of us that was going either too fast or too slow.
At the coffee shop where we stopped to dine, I asked the waiter for directions to the quay, to which Hubby grudgingly noted. Yep, we found the place right away and the waiter's instructions were spot-on but it was already dark when we arrived at our destination and the mall at the quay was near closing time. What's with men and asking for directions? Grrrrrr!!!

Straits Quay is located in Sri Tanjung on the Malaysian island of Penang. It is Penang's first sea-fronting marina. 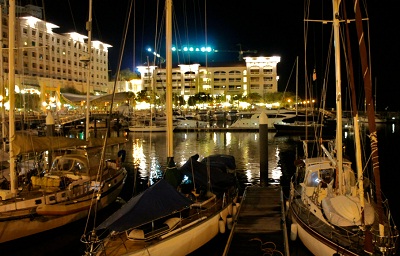 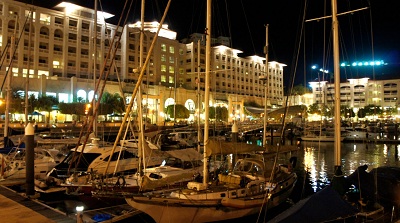 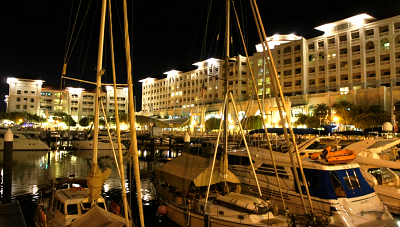 The main foyer of the Straits Quay Mall 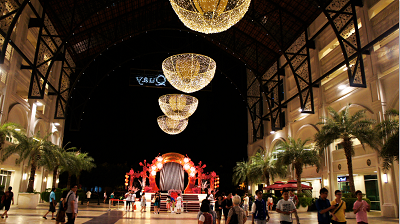 Interestingly, a new study finds that the average male driver drives 276 miles lost every year! That's a big carbon footprint for time badly spent!
Posted by Veronica Lee at 5:13:00 AM