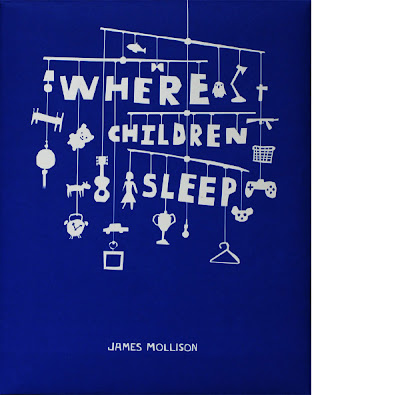 A child's bedroom can reveal many things about his life and circumstances and James Mollison's book entitled "Where Children Sleep" captures the diversity and disparity of children around the world through portraits and pictures of their bedrooms. Mollison's book is intended to interest and engage children in the details and lives of other children and the social issues affecting them.
Here's a peek into the bedrooms of different children across the globe. 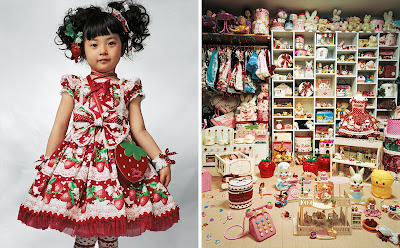 Four year-old Kaya lives with her parents in a small apartment in Tokyo, Japan. Her bedroom is lined from floor to ceiling with clothes and dolls - every little girl's dream. 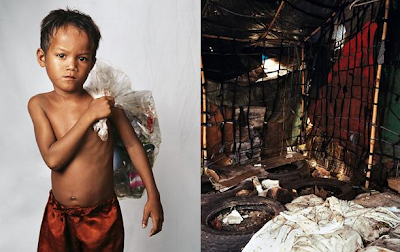 Eight year-old Rothy lives in the outskirts of Phnom Penh. His home sits on a huge rubbish dump. At 6 o'clock every morning, Rothy and hundreds of other children are given a shower and breakfast at a local charity centre before they start work, scavenging through the rubbish for cans and plastic bottles which are sold to a recycling company. 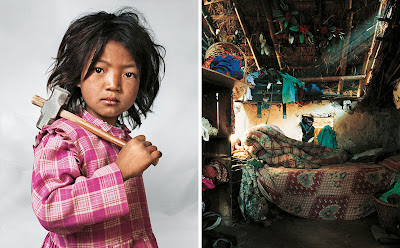 Indira lives with her parents, brother and sister near Kathmandu, Nepal in a one-room house. Seven year-old Indira works in a granite quarry six hours a day and has worked there since she was three. 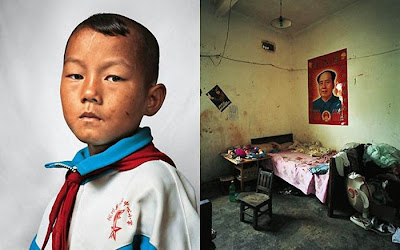 Dong, nine, lives in Yunnan province in south-west China with his parents, sister and grandfather. He shares a room with his sister and parents. The family owns just enough land to grow their own rice and sugarcane. Dong’s school is 20 minutes’ walk away. He enjoys writing and singing. Most evenings, he spends one hour doing his homework and one hour watching television. When he is older, Dong would like to be a policeman. 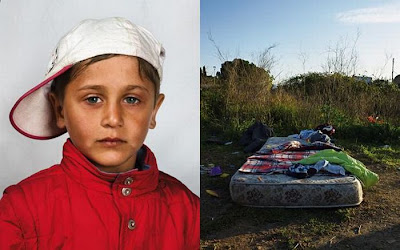 This is home for this four year old boy and his family in Rome, Italy. 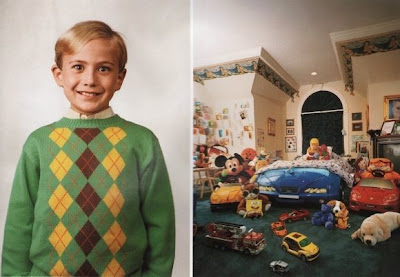 8-year old Harrison has everything his Harvard educated parents can provide, including a big screen TV, en suite bathroom and playroom. He attends a private school where hitting and teasing other kids and negative energy is banned. 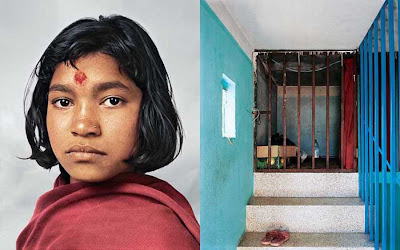 Prena, 14, sleeps in a cell-like space, toiling 13 hours a day as a domestic servant in Kathmandu, Nepal. 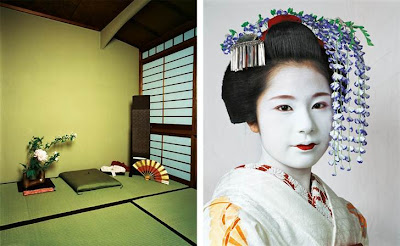 Fifteen year-old Risa lives with 13 other women in a teahouse in Kyoto, Japan. She and five others sleep in a room that is also used as a dining room and tea room. Risa is a 'maiko' – a young girl who has passed the test to train as a geisha. 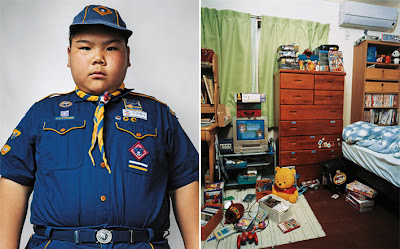 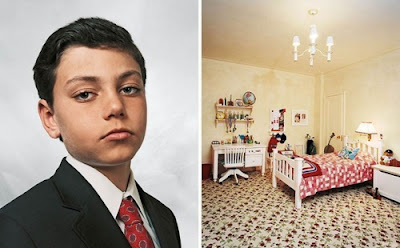 Jamie, nine, lives in a top-floor apartment on Fifth Avenue, New York. In his spare time, apart from playing the cello and kickball, Jamie likes to study his finances on the Citibank website. He aspires to be a lawyer like his father.
Posted by Veronica Lee at 9:23:00 PM