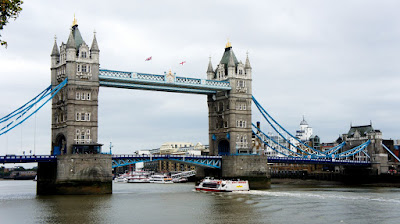 Like many others, I had mistaken the Tower Bridge for the London Bridge until we saw the sign below! 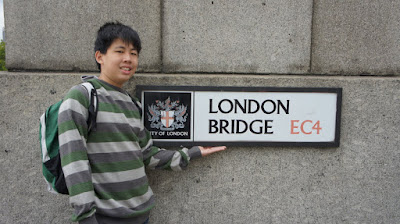 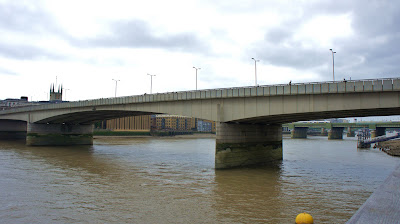 This is the London Bridge, the one in the nursery rhyme. It's the next bridge downstream.

The 'London Bridge is falling down' Nursery Rhyme is based on the one of the most famous landmarks in London. It's history can be traced to the Roman occupation of England in the first century. The first London Bridge was made of wood and clay and was fortified or re-built with the various materials mentioned in the children's nursery rhyme. Many disasters struck the bridges - Viking invaders destroyed the bridge in the 1000's which led to a fortified design, complete with a drawbridge. Building materials changed due to the many fires that broke out on the bridge.

Interestingly, it is also alleged by some that the song refers to the practice of bricking live children into the support of bridges as a sacrificial ritual to appease the water god. The theory is based around the idea that a bridge would collapse unless the body of a human sacrifice were buried in its foundations. However, there is no archaeological evidence for any human remains in the foundations of London Bridge.

And who's the 'my fair lady' in the song?

Several attempts have been made to identify the 'fair lady'of the rhyme. They include:

1. Matilda of Scotland (c. 1080–1118) Henry I's consort, who between 1110 and 1118 was responsible for the building of the series of bridges that carried the London-Colchester road across the River Lea and its side streams between Bow and Stratford.

3. A member of the Leigh family of Stoneleigh Park, Warwickshire, who have a family tradition that a human sacrifice lies under the building. 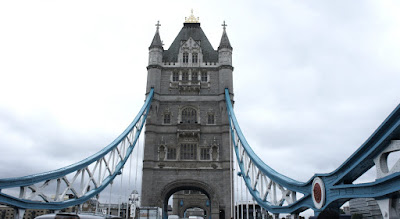 Crossing the River Thames on one of the most iconic landmarks in the world was an unforgettable experience. 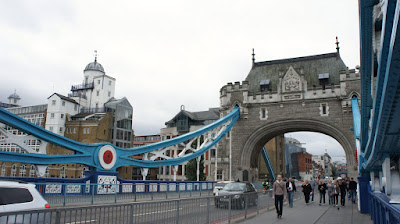 Oblique views from the North Tower 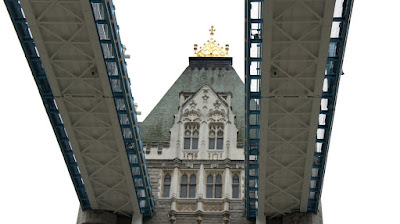 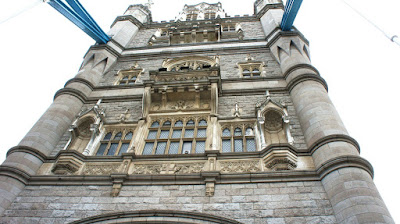 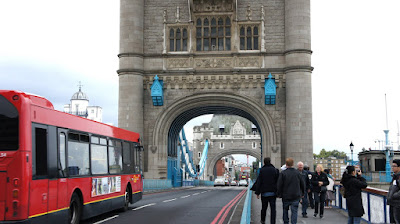 1. In 1912, aviator Frank McLean was forced in an emergency to fly his small bi-plane between the bascule roadway and the high-level walkway.
2. In 1952, a London bus had to make a leap from one bascule to the other as the Bridge began to be raised owing to operator error.
3. Visiting U.S. President Bill Clinton's motorcade was forced to split in two in 1997 owing to the lifting of the bridge bascules 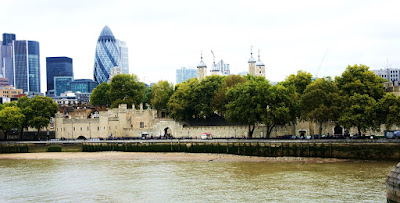 The Gherkin Building and Tower of London are seen beyond the trees
Posted by Veronica Lee at 4:00:00 PM