According to a survey, London has the world's most expensive hotels. A night's stay in central London is more than twice as expensive as a room in Sydney, Toronto or San Francisco and 25 times more expensive than Mexico City. A night's sleep in London would cost a traveller 110 times the price of a McDonald's Big Mac. Paris was the second most expensive at 84 times the cost of a Big Mac. At the lower end of the scale, Mexicans could stay at a hotel in their capital for the price of just four Big Macs.

How does the thought of lying on a bug-infested bed with springs poking out of the mattress in a room the size of a broom closet with paper-thin walls sound to you? How about a smelly, mouldy bathroom on the side?
Stained sheets and towels, chipped teacups, holes in walls stuffed with tissue paper and malfunctioning heaters were some of the nightmarish experiences shared by reviewers on budget hotels in central London in a travel forum I visited. The most scary one was of a thief breaking into the room of a couple and stealing the cellphone that was charging beside the sleeping girlfriend! Horrors!
Choosing safety and a good night's sleep over inconvenience, we decided to stay in an outskirt of London instead and ended up in Croydon, a charming borough off the beaten track. And what a gem it turned out to be! 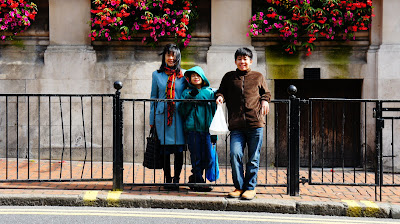 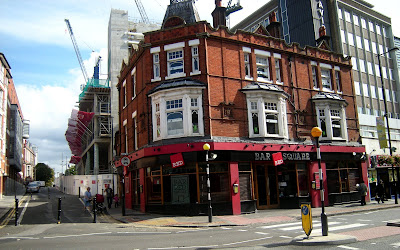 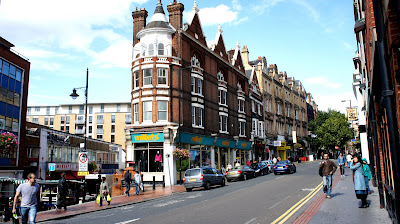 Loved the victorian charm of this quaint town, 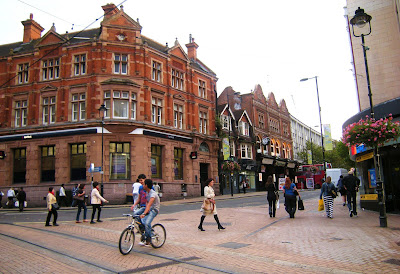 the largely pedestrianised town centre and 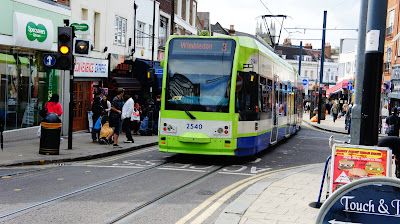 the blend of the old and new. 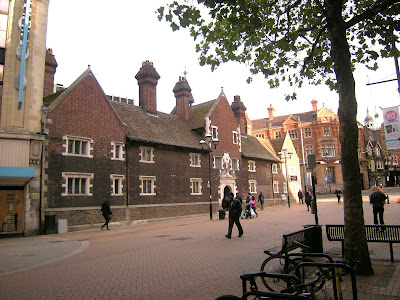 The red brick houses with chimneys made it easy to imagine yourself in a previous century. 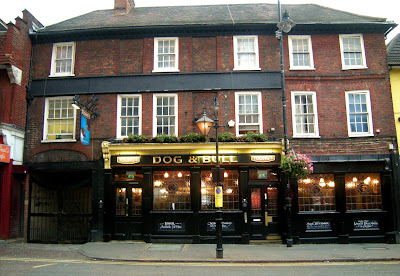 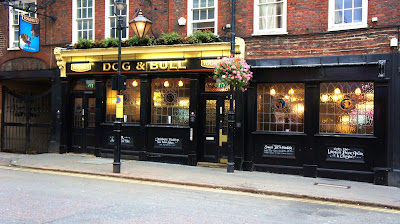 Pub Trivia
1. The word pub is short for public house.
2. Pubs have traditional names which date back over 600 years. Some typical names are The Chequers, The White Swan, The Crown, The King's Arms, The Red Lion and The White Horse. People often refer to the pub by its name when giving directions: Turn left at the Rose and Crown. There is usually a sign outside the pub showing the pub's name with a picture.
3. There is no tipping in an English pub! Instead, if you wish, the common practice is to buy the publican or bartender a drink. The correct etiquette for offering a drink to the publican or bar staff is to say "and one for yourself?"
4. And if you're buying the bar staff too many rounds, he/she will think you're hitting on them!

And look what we found!!! 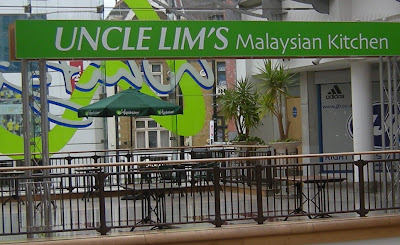 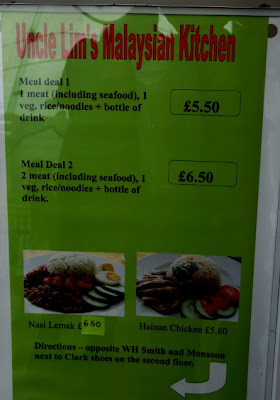 Finally, nasi lemak for the daily chili fix we had been missing back home but at 6 times the price you would pay for a plate in Malaysia? Er.....No Thanks! So it was back to bangers for breakfast again, everyday!! Ughhhh!!

Hosted by Cecily and Lolli
Posted by Veronica Lee at 12:54:00 AM