I don't think I'll ever forget my first glimpse of the stones in the distance as our coach was approaching this mysterious landmark that has stumped the world for 5,000 years. Visiting Stonehenge was on my bucket list. 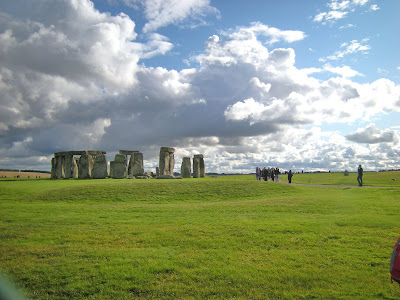 Watching the spectacular monolithic stones rise against the horizon was beyond description. 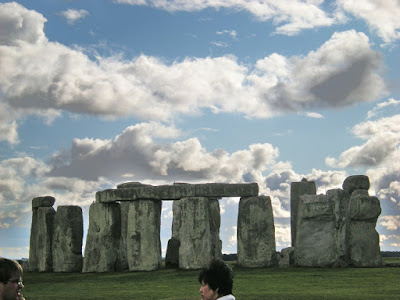 The stones in all their glory

Stonehenge is one of the seven wonders of the medieval world. There are theories abound surrounding the inexplicable rock formation. How did these ginormous stones get here out in an empty field in the middle of nowhere, remote from any settlements? Who assembled them? 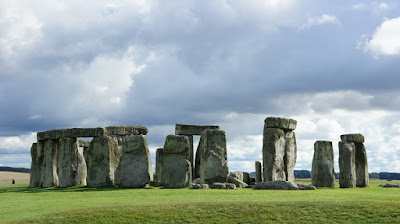 Was it a religious temple? A sacrificial temple for the gory rituals of the Druids? An astronomical clock? A Bronze Age burial ground? Was it built by aliens?
You could almost feel the energy from them. I've read somewhere that cellphones start to play up when you're near the stones - something to do with the powerful magnetic force from the stones - the kind of force needed for a landing ground for alien spaceships! What do you think? I'll go with the alien theory. 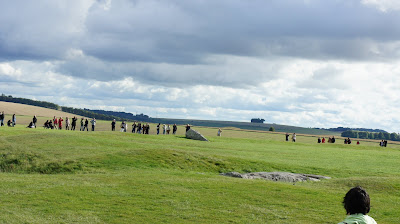 A million visitors from across the globe flock to Stonehenge every year. 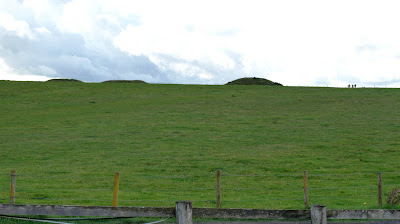 Those mounds you see in the distance are round barrows, a form of burial monument associated with the earlier half of the Bronze Age. They contain the cremated remains of the people/beings who built Stonehenge. 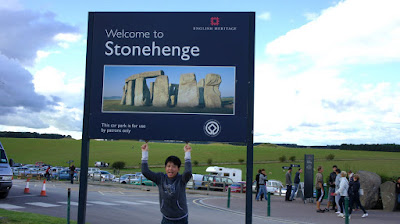 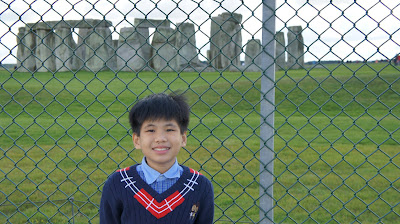 The boys and Hubby, however, did not share my fascination for the great ancient circle. And Mr. Krabs here didn't fancy coughing up £20 (that's almost 100 ringgit) to get past the fence to a slightly closer fence for a half-hour audio tour around a pile of stones you can't touch or go near!
It was just as awesome peering through the chain-linked fence.

*The photos above were taken through the fence
Posted by Veronica Lee at 8:33:00 PM