Here we are at Buckingham Palace, the official London residence of Britain's sovereigns since 1837. 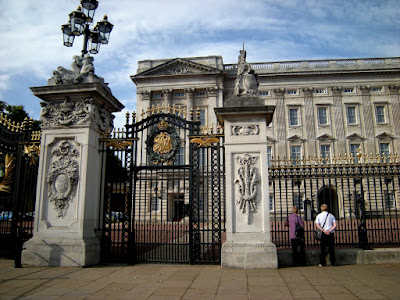 Did you know that Buckingham is pronounced as Buck-ing-um? The h is silent as in all English place names like Clapham, Birmingham, Cheltenham, Debenhams, etc. 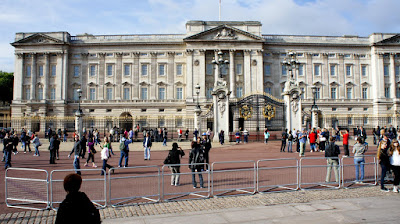 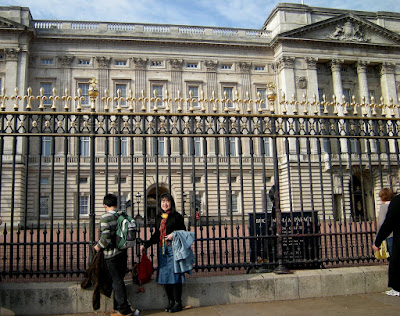 It was surreal, standing here at the palace where the Royal Wedding took place only a few months ago. 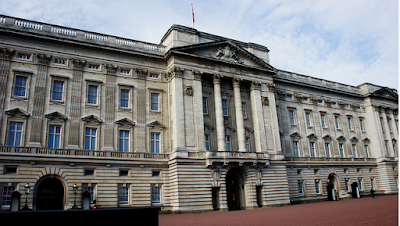 In June 2003, three German tourists climbed over the walls and camped overnight on the grounds of Buckingham Palace, believing it to be Hyde Park. Sarah Ferguson found them barbecuing sausages on the lawn. When her royal highness interrogated, "Do you know where you are?" The campers nonchalantly replied "Hyde Park!", unaware that she was the Duchess Of York herself! 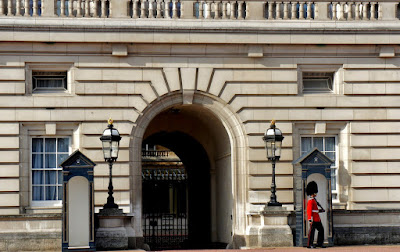 Then there's this tale of Michael Fagan, the prowler who broke into the palace and entered the Queen's bedchamber in the early hours of 9 July 1982. The Queen woke up when the Irish intruder disturbed a curtain, after which he sat on the edge of her bed talking to her for about ten minutes.The Queen was only able to raise the alarm when Fagan asked for a cigarette and she called for a footman who held him until the police arrived. 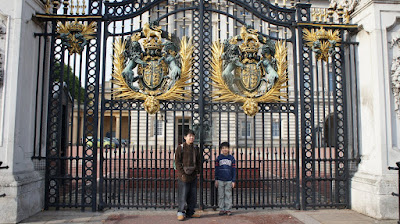 Disclaimer: The facts shared here are as told to us by our tour guide who was quite a funny guy. Half the time, we couldn't tell if he was serious or merely pulling our leg. We were all foreigners in the tour group he was leading. 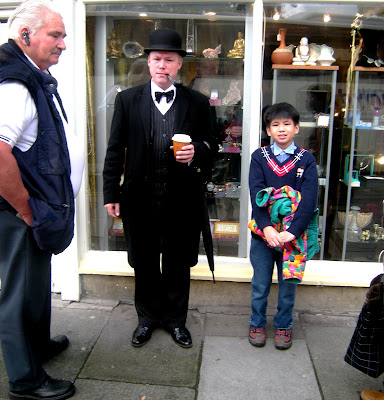 Rodney with Phil Bennett, our tour guide of Evan Tours. Phil was fun and quite the entertainer! Loved his humour! It seems that he has been told many times that he looks like Matt Damon. He does, actually, minus the bowler hat and pipe!
Posted by Veronica Lee at 5:38:00 AM