Of Coffeeshops and Weed Brownies

When our tour guide told us that there were many coffeeshops in Amsterdam, an image of a nice hot cup of chocolate in a heated café popped up in my head – it was getting nippy outside. But in the Netherlands, "coffeeshops" are alcohol-free establishments where cannabis products are legally sold and consumed!

A  coffeeshop (the words are strung together) in the Netherlands is NOT your typical café and should not be confused with the coffee shops that sell real coffee and pastries elsewhere in the world.

Official Dutch coffeeshops have a green and white licence sticker displayed on the window. According to the Dutch Drug and Coffee Shop Law, the coffeeshops in the Netherlands are licensed to sell small quantities of cannabis to adults over 18.

Coffeeshops are prohibited to sell alcohol. Dutch laws mandate that a shop can either sell alcohol or cannabis products but never both.

While meandering the streets around Dam square, we came across this museum and learned a thing or two about cannabis and its history. 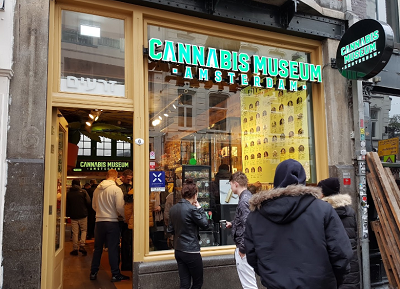 Bongs on display inside the museum 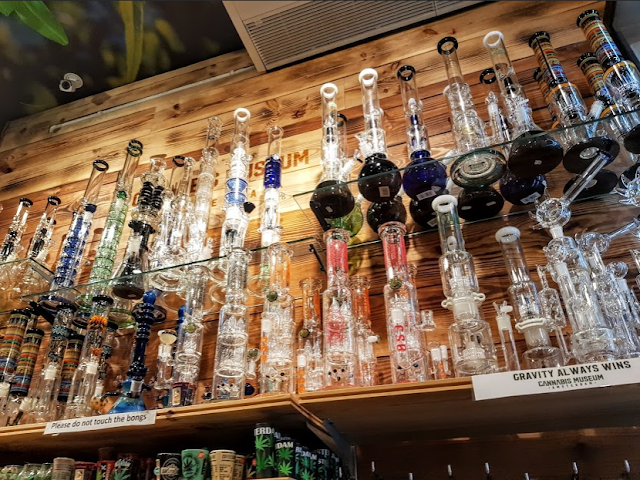 I thought these were fancy vases!! 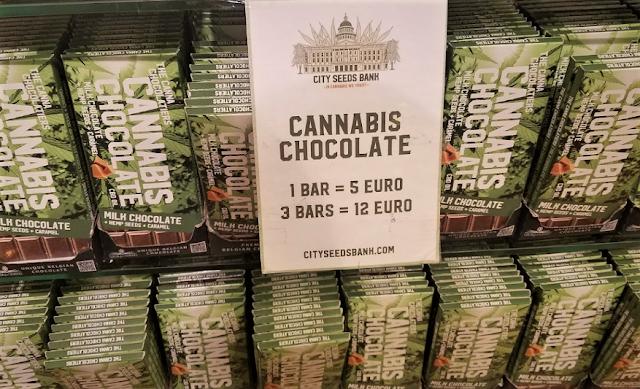 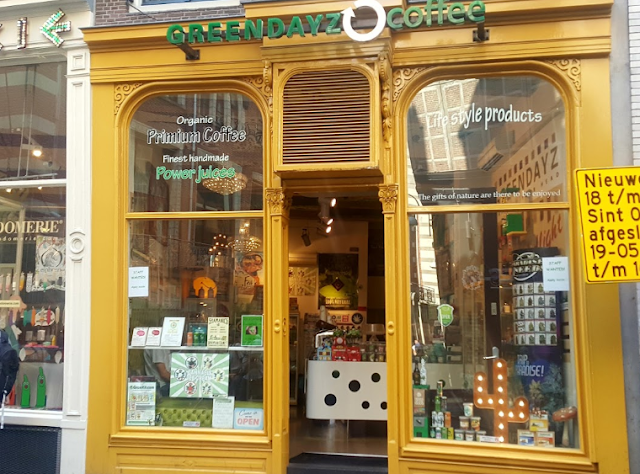 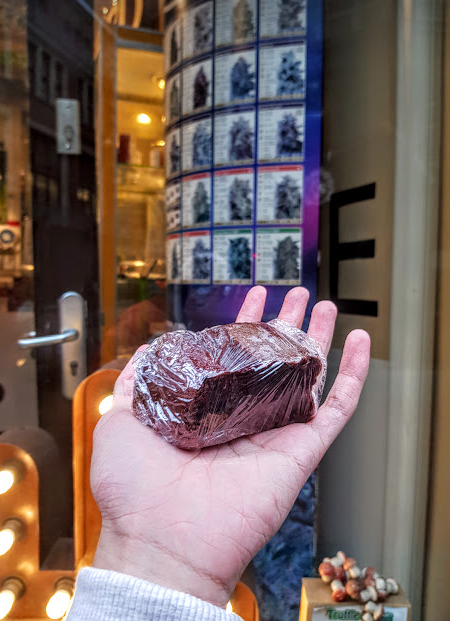 We tried the brownies. Nothing happened!

Haha! Later, we were told that the brownies we ate were just cannabis flavoured!! Cannabis products that aren't bought in a coffeeshop do not contain any THC and won't get you high! It’s illegal for regular shops to sell any cannabis edibles.

Space cakes from souvenir shops are just a tourist trap and you won’t get stoned even if you eat 100 of them! But if it's from a coffeeshop, it will get you blitzed! 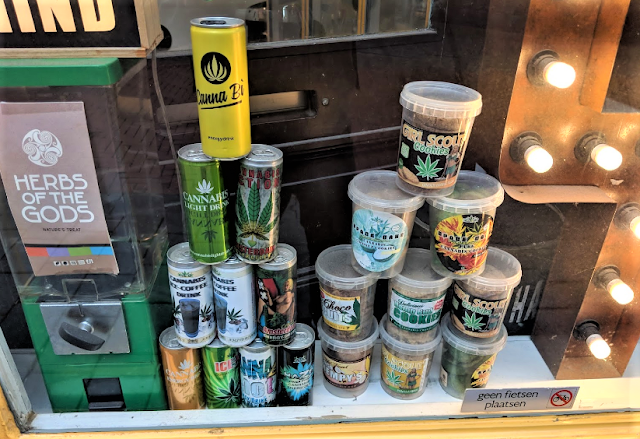 These are a tourist gimmick with the marijuana leaf labeled on them just to trick silly tourists into parting with their cash!!

Can you believe I've never tried weed in my 57 years of life!? That brownie didn't  count!

Contrary to popular belief, cannabis is illegal in the Netherlands. It is, however, tolerated, meaning the authorities will turn a blind eye to those in possession of 5 grams or less.

A coffeshop in Amsterdam 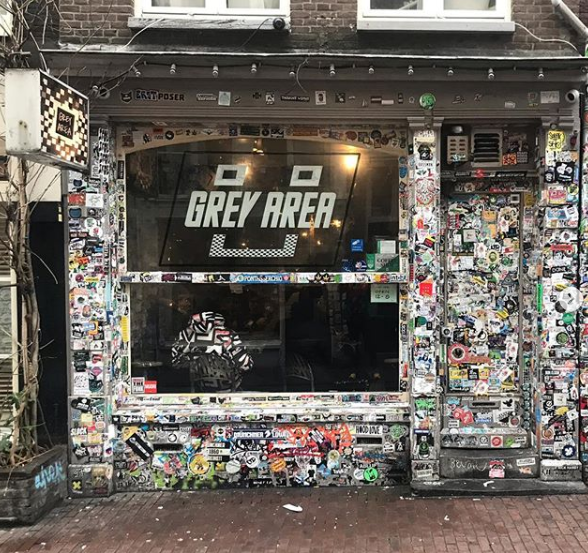 A coffeeshop menu
If you worry about stumbling into the wrong coffee shop when you want a real cup of joe, look out for the green and white sticker that is displayed on the front window.