When I first saw these yellow cubes from afar, I thought that were just the quirky facade of a building. Imagine my surprise when I learned that these are real houses that people actually live in! 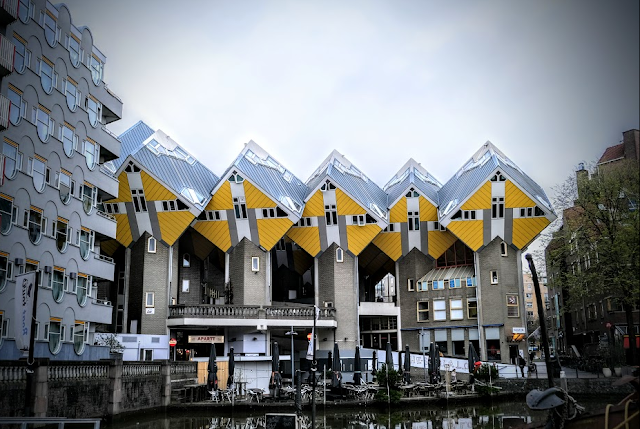 These 39 houses are basically slanted cubes in wood, glass and concrete, resting on concrete poles, designed by Dutch architect Piet Blom (1934-1999). Blom's concept was that each house would represent a tree and together, they would symbolize a forest. Keeping this in mind and with some imagination, this little neighbourhood did start to resemble an architectural forest. 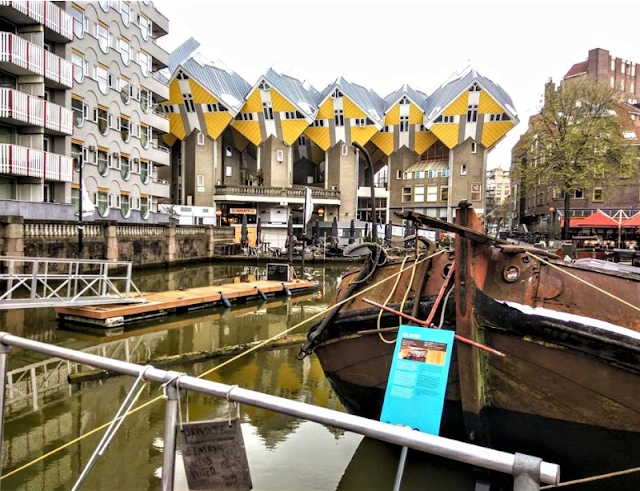 Residing in a cube house can be quite a challenge, we were told. Despite having 1,080 square feet of floor space, only a quarter of this, approximately 270 square feet, is usable due to the sharp angles of the architecture. Even more challenging, this 270-square-foot area is spread out across four floors. After entering on the ground level, residents must take a narrow staircase to reach the first floor, a tiny, triangle-shaped room which features a living room and kitchen. A flight of stairs up are two bedrooms and a bathroom, and the top floor is a small free space, typically used as a garden. 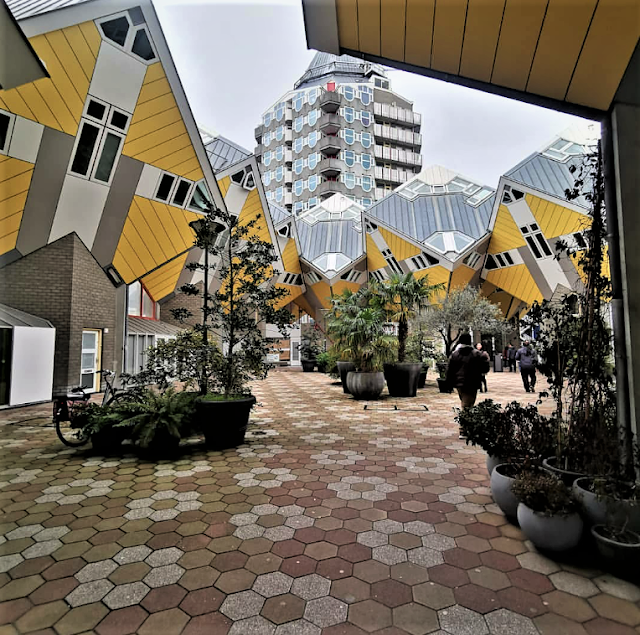 As residents are constantly disturbed by hordes of tourists and curious passers-by, one owner decided to open a "show cube", which is furnished as a normal house, and is making a living out of offering tours to visitors. 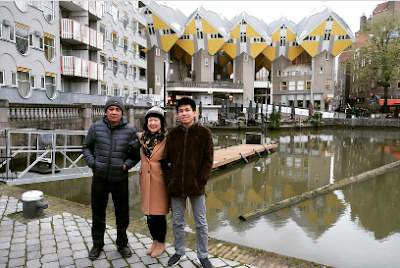 Thanks to Airbnb, you can now stay in one of these houses.

It would be cool to stay in a house like this as a vacation rental but certainly not on a long-term basis. It does feel kinda dizzying and claustrophobic, doesn't it?

Surprisingly, even after a quarter of a century, a significant number of the original occupants still live in the Cube Houses.

Would you like to live in a Cube House?