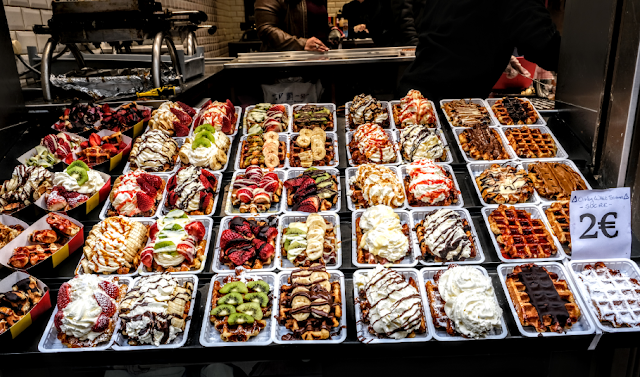 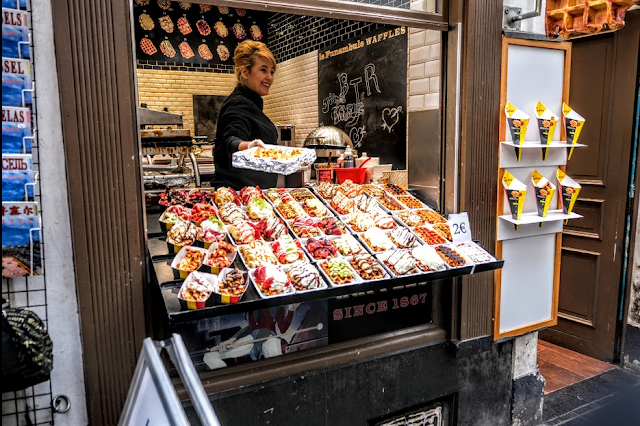 So, turns out there are 2 types of waffles in Belgium – the Brussels waffle and the sweeter Liège  waffle. 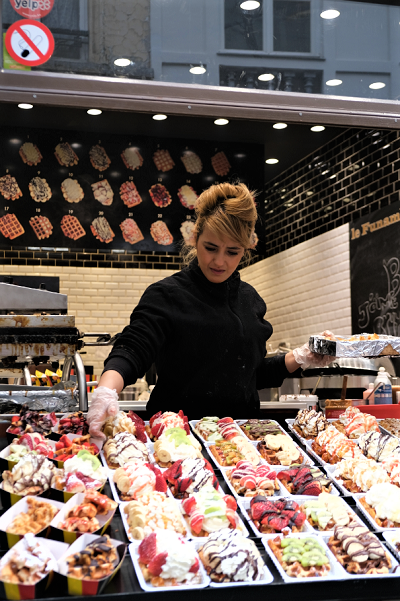 So how do you differentiate the two?
Firstly, the shape. The Brussels waffle has a rectangular shape; it is larger, lighter and fluffier with deeper square grooves made from yeast-leavened batter. The  Liège waffle is smaller with rounded edges; it is thicker and more doughy with chunks of sugar in the batter that caramelize as it cooks. The result is a more dense, chewy waffle with golden clusters of sugar baked right in.

HISTORY
Originally showcased in 1958 at Expo 58 in Brussels, Belgian waffles were introduced to North America by a Belgian named Walter Cleyman at the Century 21 Exposition in Seattle in 1962, and served with whipped cream and strawberries. The waffles were further popularized in the United States during the 1964 New York World's Fair at Flushing Meadows Park in Queens, New York City. These waffles were introduced by Maurice Vermersch of Brussels, Belgium. Largely based on a simplified recipe for the Brussels waffles, Vermersch decided to change the name to the Bel-Gem Waffle upon observing that many Americans could not correctly identify Brussels as the capital of Belgium.These waffles were served with whipped cream and strawberries, and they were sold for a dollar. 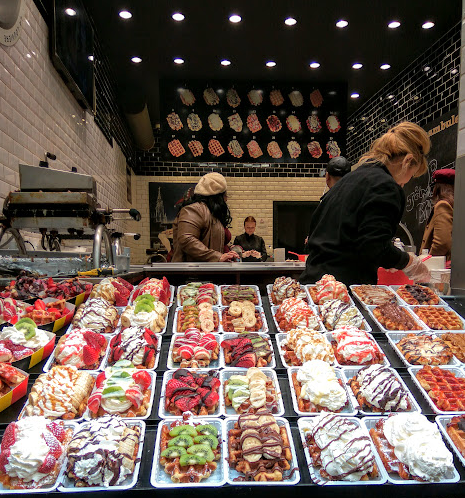 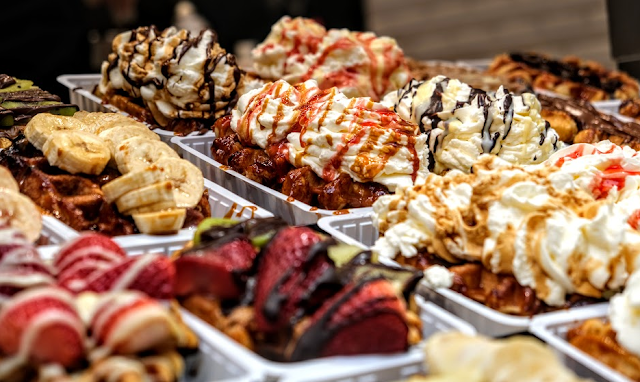 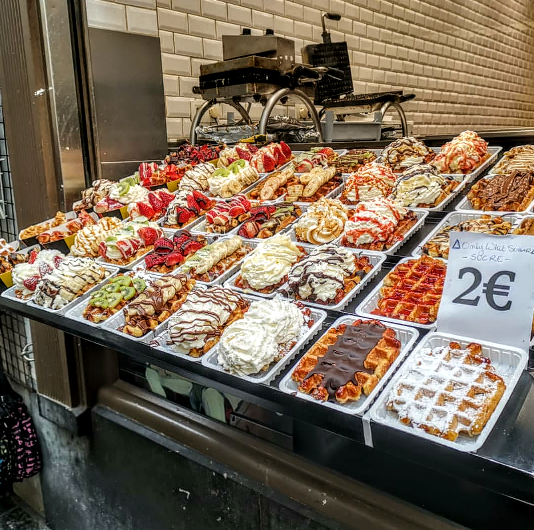 You will probably be drawn in by the 2€ sign , only to walk away  6€ poorer. The  2€  price is for those with powdered sugar only!! 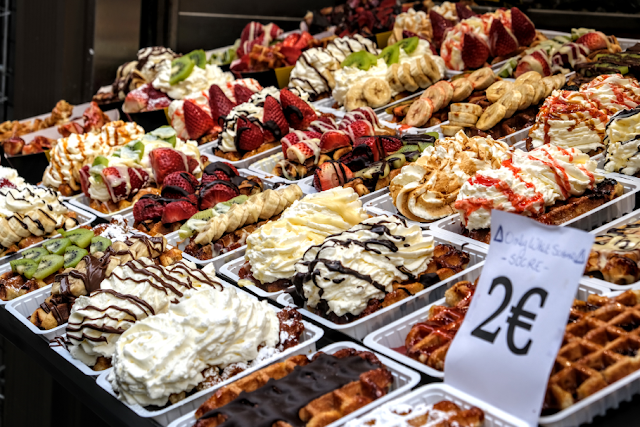 No, Belgians don't have waffles for breakfast! Waffles are eaten around the clock as snacks. They are a popular street food. 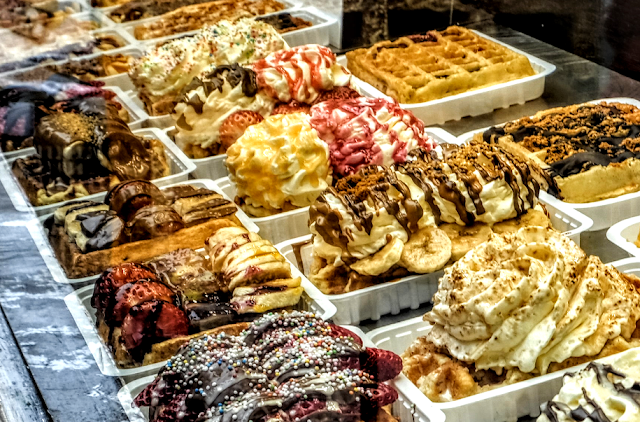 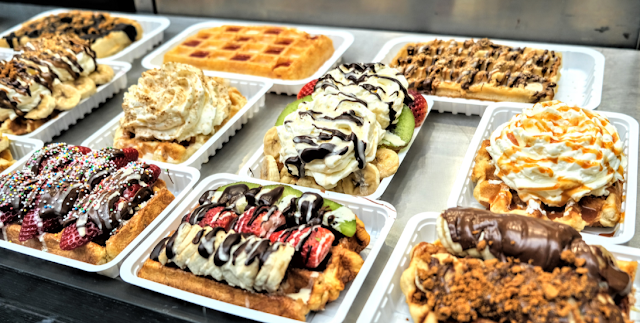 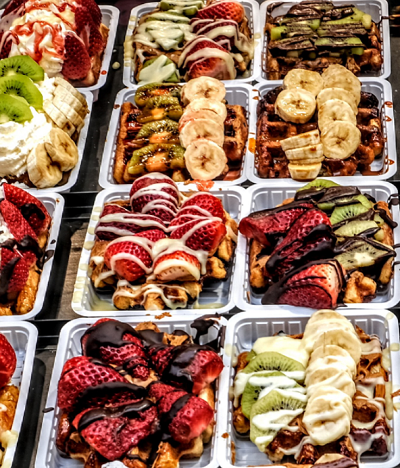 Those deep grooves are perfect for holding pools of sauces!! 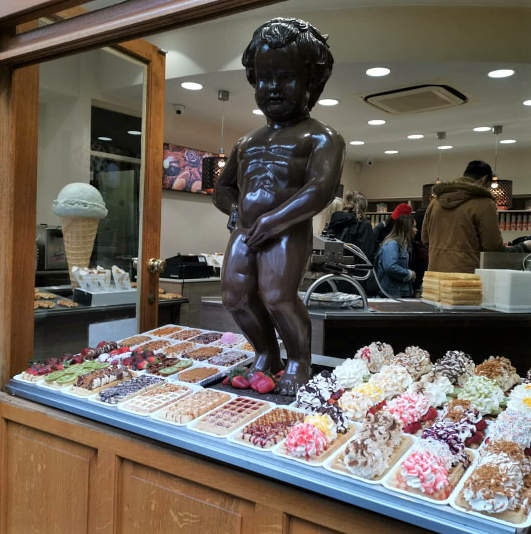 We tried both the Liège and Brussels and the Liège was the  hands-down winner. Personally, I preferred the  Liège plain –  the toppings overwhelmed the flavor of the waffle. The pearl sugar-studded Liege waffle was perfection itself.