I spent all my life dreaming of visiting the Eiffel Tower one day.

When I caught my first glance of the structure in the distance under a grey sky one March morn, the hairs on the back of my neck stood up. That was when I really knew my dream had come true! 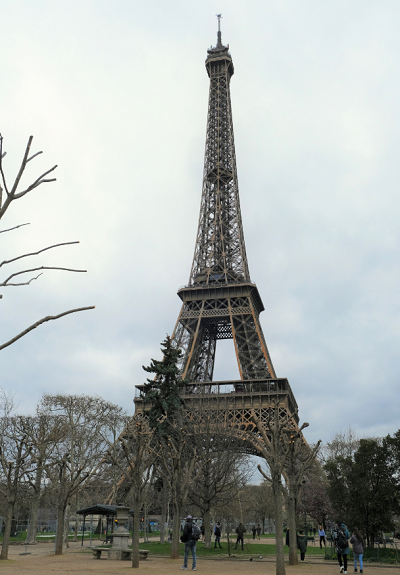 Can you believe that this tower was supposed to be demolished twenty years after its construction?

The  Iron Lady was built for the 1889 World Fair to celebrate the 100th anniversary of the Prise de la Bastille (the storming of the Bastille).
Inaugurated in 1889, the tower was originally designed to be up for only twenty years. Furthermore, the Parisians and artists of that time hated it, describing it as “useless and monstrous”! They even started a petition for the tower to be dismantled. 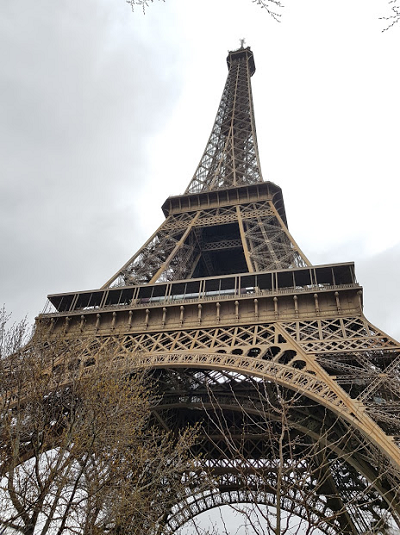 Gustave Eiffel did not want it to be destroyed, so the tower was given a new purpose and turned into a huge radio antenna. The French military was then able to send and receive wireless messages. One can say the Eiffel Tower was of great value during WWI. 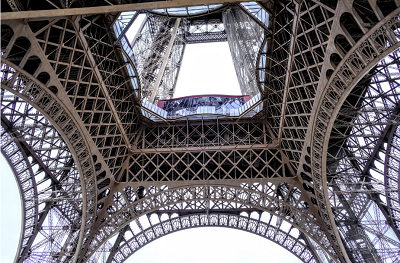 The tower grows 6 inches taller in the summer (due to thermal expansion) and shrinks in the winter!

It has be to repainted every seven years (by hand)! 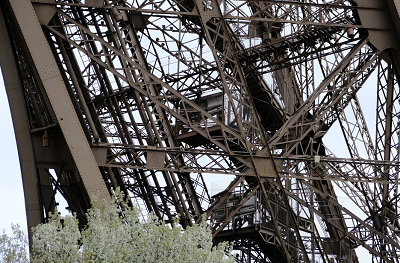 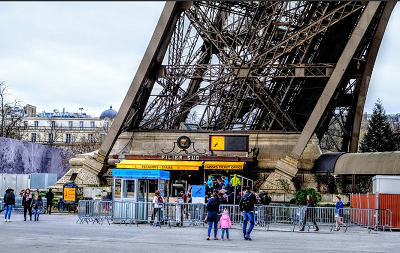 No sign of the notoriously long lines as expected. Maybe it was because of the shoulder season.

Security is tight at the tower. You have to go through 2 security check points before you are allowed in. The second check is just like going through the x-ray machine at the airport (moving belt with trays where you have to place your bag). Keep a close eye on your bag, The belt moved faster than the people in front of you (while we were there), so your bag may have gone through but you were still stuck behind people and had to wait to get to it.

We took an elevator to the 2nd level of the tower 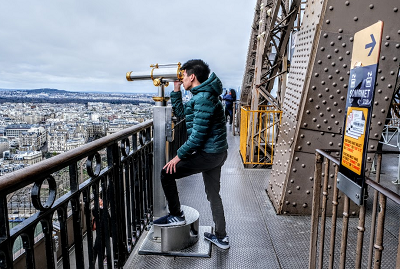 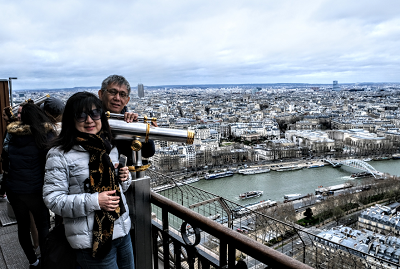 Click on the photo and zoom in. Can you see the Arc de Triomphe? 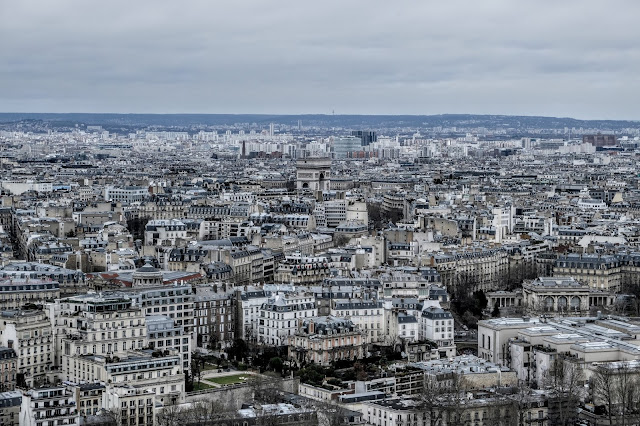 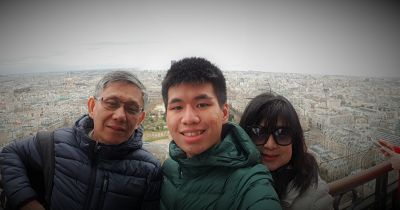 Everything in Paris is stylish!! Even the trees! Notice how the trees are pruned top-to-bottom in a square fashion. 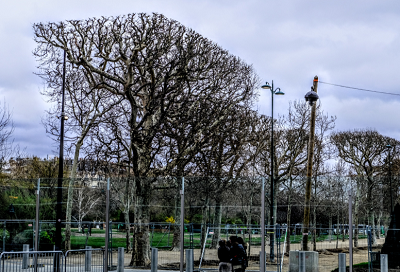 The tower at night