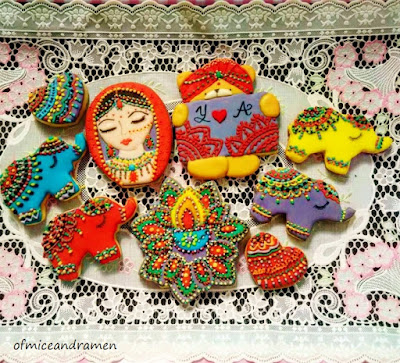 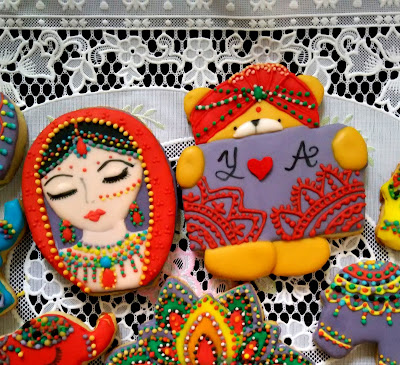 The couple will next take the saptapadi, a seven-step ritual where each step corresponds to a vow the groom makes to the bride, and a vow the bride makes to the groom. Saptapadi is performed near a fire, which has religious significance. After each of the seven oaths to each other, the groom and bride  walk around the fire with part of each other’s clothing tied to each other.
Finally, the groom will apply a red powder to the center of the bride's forehead and tie a black beaded necklace around her neck, proclaiming that she's now a married woman.
source - https://www.theknot.com/content/hindu-wedding-guest-qa
Posted by Veronica Lee at 6:28:00 PM