Have you seen the following image of  the giant rat that went viral on social media a couple of months ago? The photograph was taken at a rat catching campaign that was organised in a suburb not too far from where we live. My first thoughts were......OMG! It must be the genetically modified foods our rats have been feeding on and they mutated! Either that or our city has beome so filthy, it has pretty much become rat heaven and our rodent friends have gotten big and fat from all that partying and feasting! 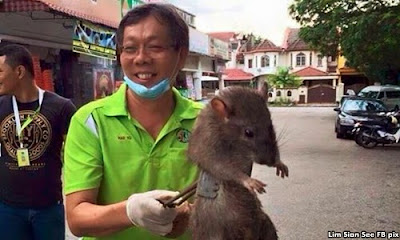 Turned out, Ratzilla was just a regular sized rat and the image was either photoshopped or captured by the photographer at an angle that made it look ginormous. Apparently, a Facebook user has uploaded  the image to make a point - that the standard of cleanliness in the precinct was sub par and a breeding ground for rodents and other pests. In defense, an image was later uploaded by a spokesperson of the municipality showing the actual size of the purported rodent at a different angle. Phew! However, residents are still claiming to have seen rats the size of cats in the area!

I was going to make Remy (the would-be-chef from Ratatouille) cookies but I just couldn't get the image of Ratzilla out of my head. While I have no qualms about cute talking rats who wear chef hats and know how to prepare five course meals, Ratzilla isn't that  kind of rat I want  invading my lovely neck of the woods.  Thank God, I live in a condo and the only rodent you find in our home is our big fat guinea pig! 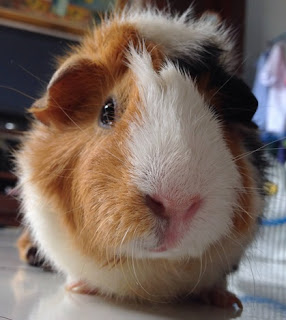 I don't mind these invading my neighbourhood though! 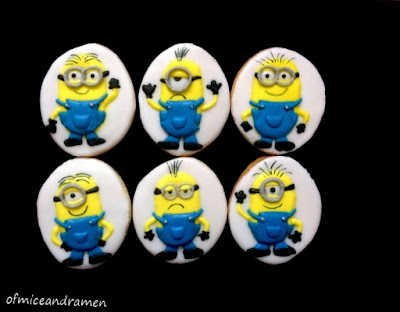