Of Birth and Death 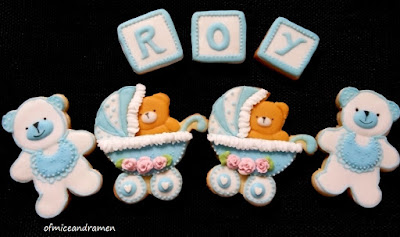 As I was decorating these baby shower cookies for hubby's co-worker, I was thinking of the irony of life. While we're celebrating the life of a newborn, somewhere out there, someone is mourning the death of a loved one.
Just yesterday, Josh came home from college, shaken and traumatized. A college student fell to his death just a little distance from him. Josh and his buddies were feeding the ducks at the campus lakeside when they heard a loud thud. At first, they thought the sound came from the construction site nearby but upon scanning the area, they saw a body sprawled on the ground several feet from where they were standing. Their first thoughts were the victim had collapsed from heat stroke which is a common occurrence in our very hot climate but as they approached the body, it was evident that the victim had fallen from a great height. The campus' auxiliary policeman was alerted and the victim was confirmed dead. Later, college officials revealed the case was suicide.

What drove him to such a desperate measure?  Did the pain of his existence become so unbearable, there was no way out but to end his young life? Wasn't there anyone who could have made a difference? I was told that suicide survivors instantly regret their decision the second they jumped. Though Josh didn't know the student, he was deeply affected by his death and wished he could have done something to prevent the tragedy. I am still reeling from the incident.

My heart breaks for his family  and I grieve for his mother. No parent should ever have to deal with this. I can't begin to imagine the pain they are going through. I want to pray for his soul and for God to give the people he had left behind the strength to brave through their sorrow. I want to hold my sons a little closer every night and remind them no matter how hopeless the situation may seem, suicide is NEVER the answer. 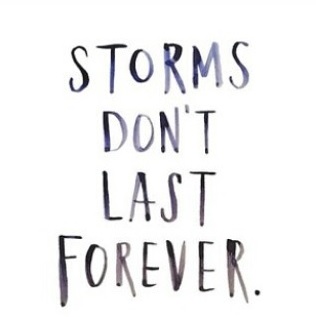