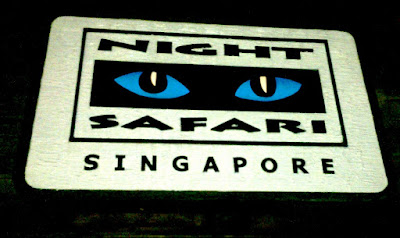 If you're visiting Singapore, one of the attractions not to be missed is the award-winning Night Safari - the world's first dedicated night zoo. Housing over 1200 animals of 110 exotic species, the Night Safari gives visitors a unique opportunity to view the animals up close in an open-air zoo after dark. The night zoo is divided into eight geographical zones, which can be explored either on foot via three walking trails, or by tram.
Traipsing down a trail in the dark, I felt like I was in the movie "Jurassic Park". It was kinda unnerving being eyeballed by glowing eyes that darted between trees in pitch-black darkness. And creeping me out even more was this sudden maniacal laughter of a hyena, followed by a howl and then growls.... and the fluttering of wings. A pterodactyl? I was quite sure it was a fruitbat or a giant flying squirrel.
Being in such close proximity with the animals, I wondered about the possibility of us ending up as dinner but Hubby assured that there are cleverly disguised barriers to separate the predatory creatures from us.
Sorry, pallies but I've no pictures of the animals to share as flash photography is not allowed and my compact is totally useless in the dark.
These pics were taken at the entrance of the night zoo 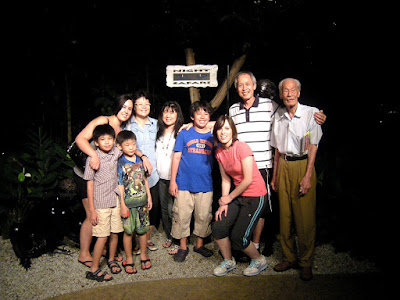 Cousin J, my sister J, me, Josh, cousin L, cousin C and my dad with the two boys, Rodney and cousin B in front. 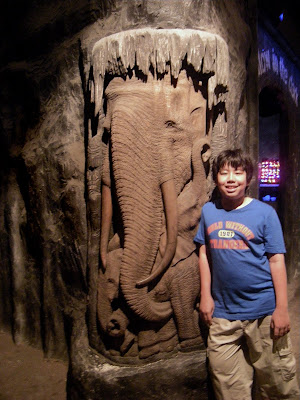 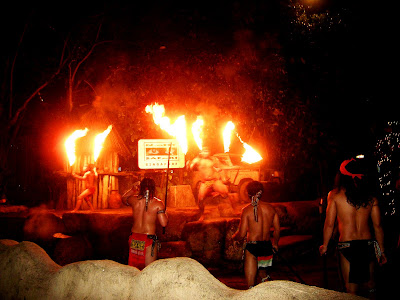 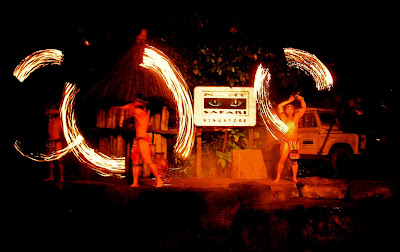 and their fire-eating stunts! 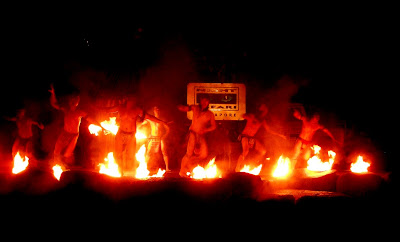 A reminder - Spray on lots of insect repellent if you don't wanna be a walking smorgasbord for mosquitoes.