Breakfasts Around The World

Bear with me pallies if you're tired of another one of my 'around the world' posts. I just can't shake off this fascination of what people eat around the globe.

Check out these breakfast staples. 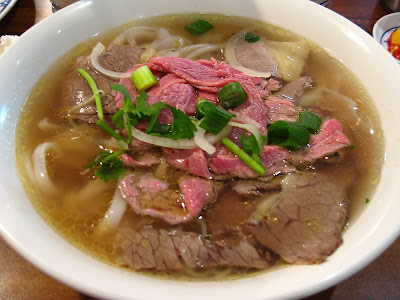 Pho (pronounced "fuh") is soup with rice or wheat based noodles that's flavored with a meat such as chicken, pork or beef. 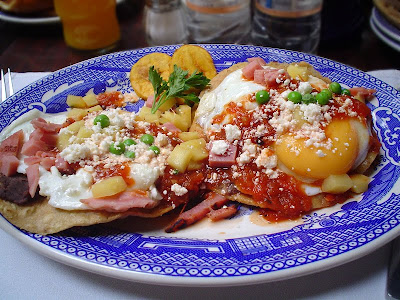 Huevos motuleños - The dish is made with eggs on tortillas with black beans and cheese, often with other ingredients such as ham, peas, plantains, and salsa picante 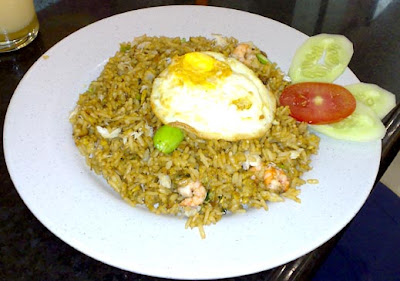 Nasi Goreng - translates as "Fried Rice" in Malay and Indonesian .The main ingredients for nasi goreng include pre-cooked rice, soy sauce, garlic, shallot and some spring onions for garnishing. 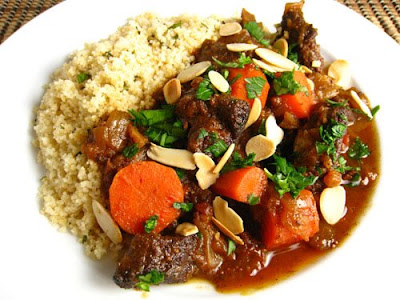 Tagine - A slow-cooked stew which is named after the special pot in which it is cooked. Braised at low temperature, the stew consists of meat (usually lamb) and a variety of herbs and seasonings 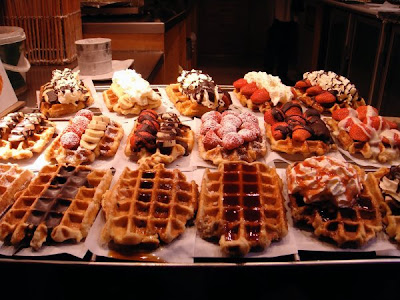 Surprisingly, Belgians do not eat their most famous food, Belgian waffles for breakfast! Breakfast in Belgium consists of breads, toasted or untoasted, with several marmalades, jams, and nut spreads etc. 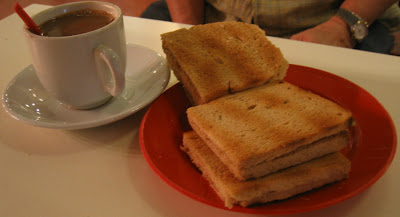 Kaya Toast - Singapore's national breakfast. Essentially, Kaya Toast is just kaya and butter spread on two pieces of toasted bread. Kaya is made of eggs, sugar and coconut milk and flavored with pandan. The Pandan Leaf comes from the Screwpine Tree, which can be found in tropical areas of Asia and Europe. The plant has many uses. 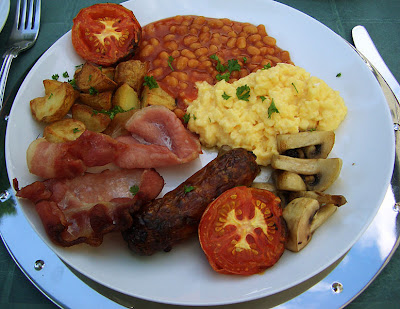 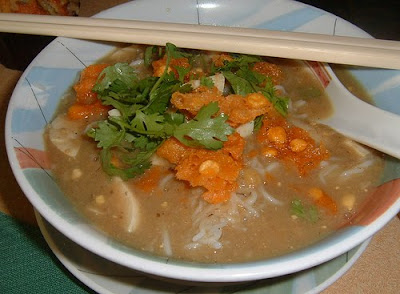 Mohinga - rice vermicelli in fish soup and considered by many to be the national dish of Myanmar. 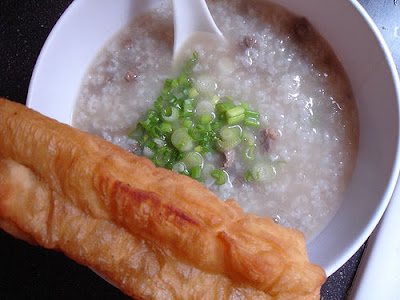 Congee and youtiau (Chinese crullers) - Many Chinese begin their day with a warm bowl of congee, a watery rice gruel that bears a marked resemblance to porridge. Youtiau is dipped into the warm congee. 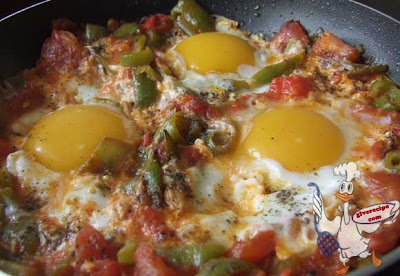 Menemen - a dish made of eggs, tomatoes, onions and green peppers