The World's Only Orang Utan Hospital

Situated in the heart of the Malaysian jungle, the Infant Care Unit at the Sepilok Orang Utan Sanctuary- dubbed Orang-Utan Island, is a very special hospital.
All of its patients are from the endangered Borneo species of orang-utans, the Pongo Pygmaeus. Without the facility, built in 2004, the species would probably be extinct. 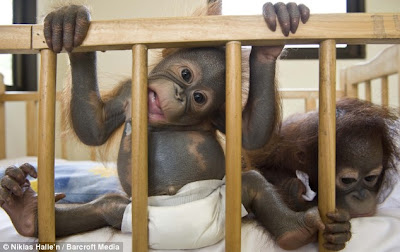 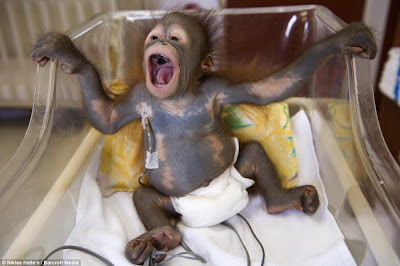 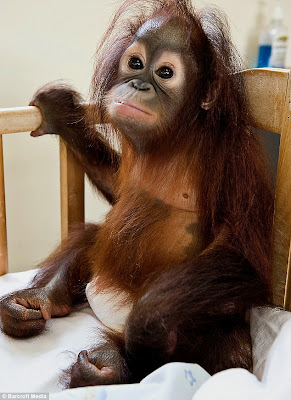 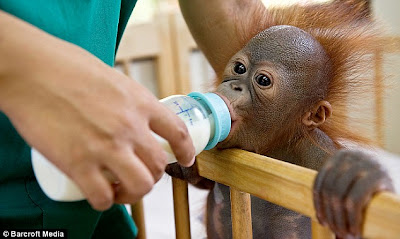 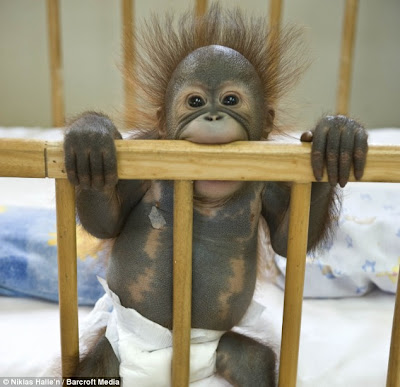 Dressed in a nappy, 10-month-old April chews her cot 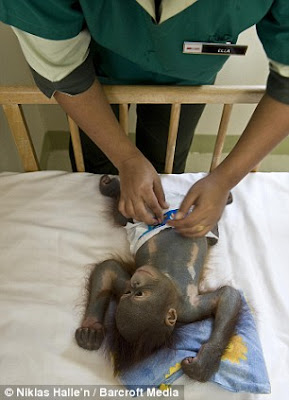 When they are a year old they will be moved to the infant development unit, where the animals are taught how to survive in the wild.
A dedicated team of seven nurses care for the creatures, headed by one of Malaysia 's most experienced vets. 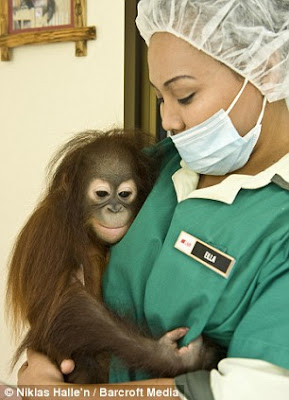 The orang-utans get all the comforts of a hospital, including nappy changes and even cuddles. 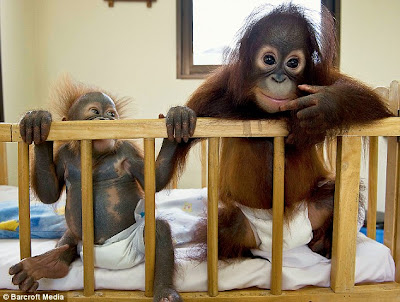 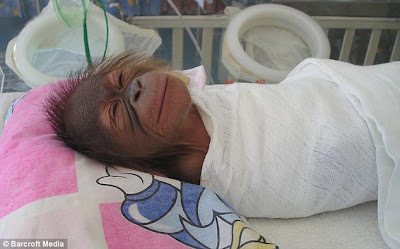