While we were at the Club Med resort, we discovered a jungle trail that lead us to the beach. 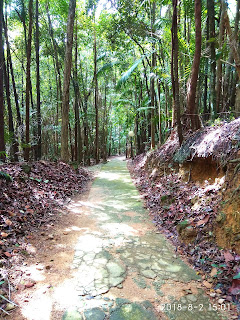 Along the ten-minute walk, you see animal sculptures like these. 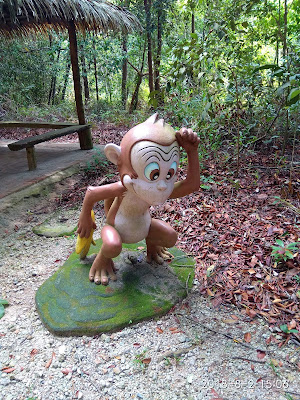 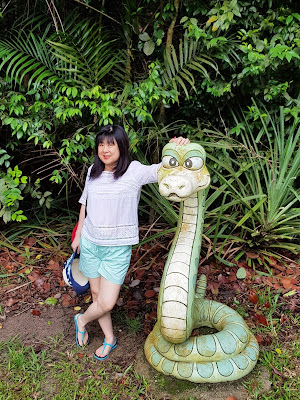 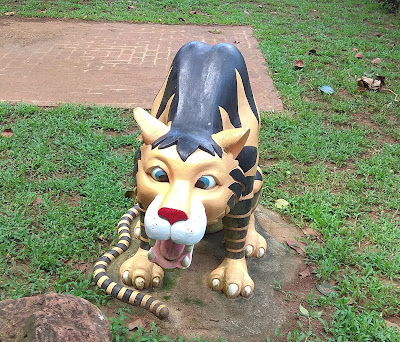 Josh spotted turtle tracks on the beach earlier in the day which indicated that turtles were coming ashore to nest at night as it was turtle-landing season. To witness a sea turtle laying her eggs up close would be an amazing experience. But that would  mean we had to use the same jungle path after dark to get to the beach as the shuttle buggy service closed after 6:30 PM.

Feeling adventurous, the 4 of us agreed to take on the jungle walk after sundown to see the turtles.

At about 8:00 PM, we left our hotel rooms and headed for the jungle path. Armed with only the torch from our phones, we had underestimated the utter darkness of nighttime in the woods. Traipsing down a trail in the inky blackness didn't seem like fun after all. Besides, we were a walking buffet for mosquitoes. It also just hit me then, that this was the month of the Hungry Ghost Festival — that time of the year when it is believed that the gates of hell are open for an entire month and spirits from the underworld are allowed to roam the earth in search of food or seek revenge on those who had wronged them!

The hairs on the back of my neck began to stand up and my body screamed for us to turn around.

Perhaps my mind was playing tricks on me in the abyssal darkness but I thought I saw a pair of glowing eyes in the distance. I seriously freaked out at this point and wanted to turn back but the three of them vetoed my decision.

Suddenly, we all heard a movement in the brush.

Need I say, we scurried back to the hotel like scared little girls?!
Posted by Veronica Lee at 8:26:00 PM