My early attempts at making Hollandaise sauce were pathetic!
The first time, it turned out clumpy and looked like scrambled eggs because I cooked it at a few degrees too hot and the eggs curdled. The second time, the egg yolks separated from the butter 'cos I undercooked it!  The third time, I didn't stir fast enough and it was just one big disappointing mess.
Thanks to this video here, I am now nearly there.

If at first you don't succeed in the kitchen, try, try again.....
but first detroy all evidence that you tried!

My recipe fails usually end up in the tummies of the neighbourhood strays and they are getting FAT! 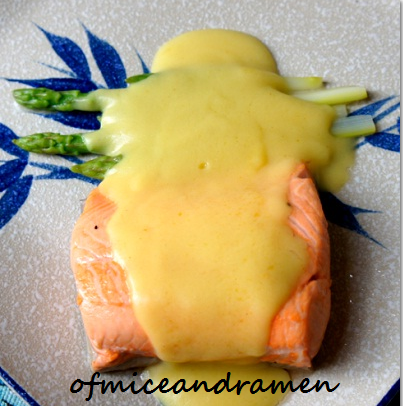 Silky-smooth and buttery but still a tad too thick! It tasted heavenly though!

TAMARIND PRAWNS -  Once this lands on the dinner table, it is as gone as rum cake at an AA meeting!
This is a nyonya/Peranakan recipe unique to Malaysia and Singapore.The Peranakans or Nyonyas are the descendents of the early Chinese migrants to Malaysia who settled in the country and married the local Malays. 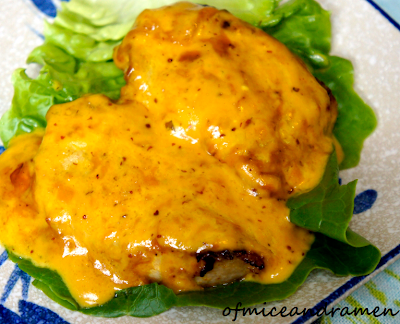 PORK KARAAGE -  Literally translated from Japanese as "Deep-fried Chinese style". Essentially,  it is just small pieces of chicken, meat, or fish marinated in a mix of soy sauce, garlic, and/or ginger, then lightly coated with a seasoned wheat flour or potato starch mix, and fried in a light oil. These Japanese nuggets are traditionally served with fresh lemon wedges and mayonnaise for dipping. 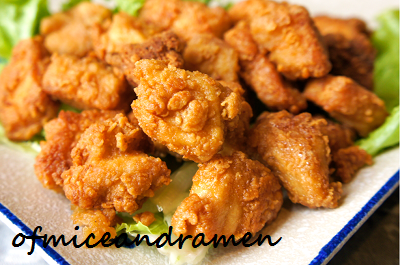