Nothing stresses me out more than the dreaded four words "What's for dinner, Ma?" I suck at menu-planning and I especially hate, hate, hate being a short-order cook to my picky son, Rodney who groans at everything and anything I put on his plate. But surprisingly, these days I seem to look forward to my time in the kitchen as I try out new recipes thanks to Pinterest and the many awesome food blogs I visit. Just last week, I added 7 new dishes, one each day  to my otherwise very boring menu repertoire.
It's such a delight to see Rodney now devouring his food with gusto instead of stabbing it murderously with his fork.

CHICKEN TIKKA MASALA - Britain's true national dish. Yep, it's not Fish & Chips!
Hubby and the boys were fighting over the last piece of naan to sop up the buttery gravy!! Mmmmm! But my Indian cousin-in-law insisted my Chicken Tikka Masala tasted more like Murgh Makhani (Butter Chicken)!

Whatever it was, it was heavenly! Apparently, there's a story behind this famous dish that is loved the world over.
It is thought that butter chicken was hastily prepared by a Delhi eatery chef post dinner time for a harried VIP customer who wanted "some" chicken dish. A chef named Simon Mahli Chahal first prepared this when he only had half of a Tandoori chicken which he tossed with liberal amounts of butter, tomato, and garam masalas to improvise for an delicious delicacy he was supposed to make for the ruler of Mareelun. He forgot to buy enough ingredients so he ended up with this dish!
recipe @ http://cafezupas.blogspot.com/2008/10/recipe-chicken-tikka-masala.html 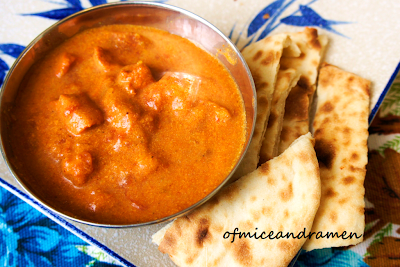 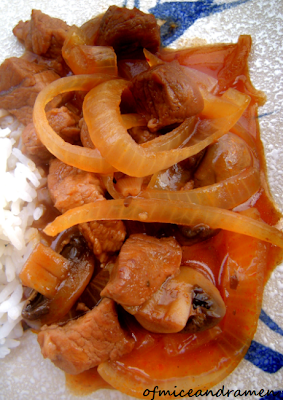 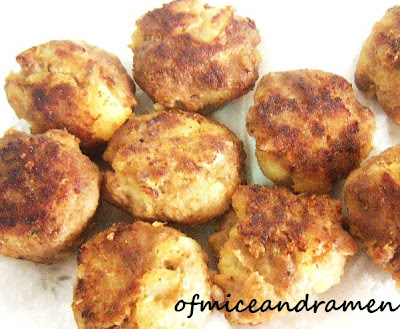 PARMESAN CRUSTED FISH - Fish coated with a mixture of grated parmesan cheese and mayo and topped with breadcrumbs. 4 ingredients, 5 minutes of prep time and 20 quick minutes of baking time - that's all it takes! You wouldn't want your fish done any other way again!
The original recipe is for chicken - http://theenchantedcook.blogspot.com/2011/10/parmesan-crusted-chicken-hellmanns-mayo.html 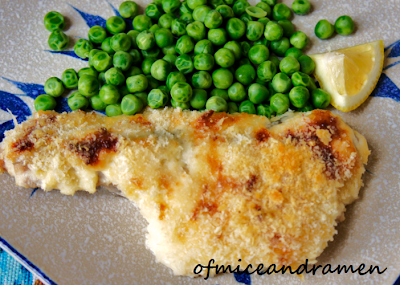