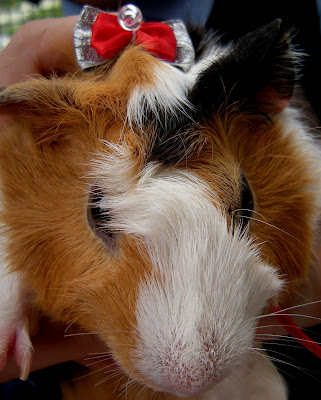 Now that Hammie is gone, Oreo is obviously enjoying the unrivaled attention that's lavished upon her though I'm quite sure she misses her hamster pally more that she cares to show. 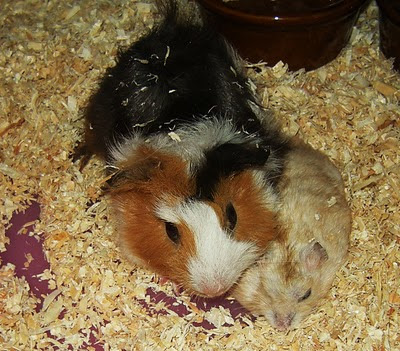 When we first brought Oreo back from the pet shop, she used to love visiting Hammie's cage. As soon as the cage door was opened, she would hop in and snuggle up against Hammie. 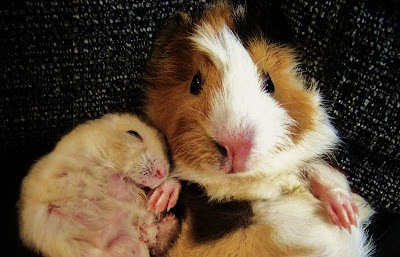 The two were inseparable. We had to pry her from Hammie to get her back into her own cage

Then jealousy got the better of her though there was plenty of love to go round. She started to pounce and nip on Hammie. Ever the gentleman who never once bit back, the long-suffering hamster would let out a loud 'the fat pig is bullying again' squeak so we tended to 'punish' Oreo for her bad behaviour by smacking her lightly on her butt. Then Hammie decided to get even. He tricked us by employing the said squeak even when Oreo was nowhere near, knowing that we'd immediately rush to his aid, resulting in the 'butt-smack' chastisement. Angered by the unwarranted punishment, Oreo would protest by chattering loudly (teeth chattering is a sound guinea pigs make when they are angry or upset). Ah! Revenge is sweet!
How many times the wily old hamster had deceived us, we didn't know but as soon as we found out, Oreo was no longer allowed to visit Hammie. The rivalry between them was becoming too intense and besides, Hammie's health was deteriorating and he needed to rest undisturbed. 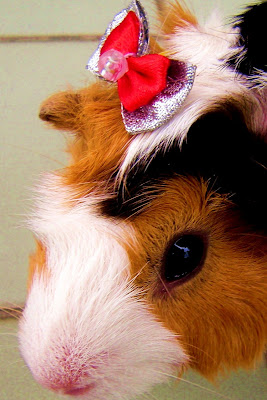 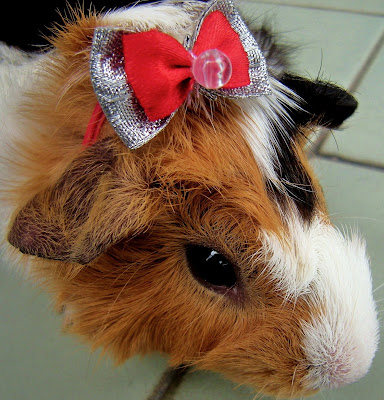 When Hammie died, we placed Oreo near him, curious to see her reaction. She started to groom his lifeless body, something she hadn't done for a very long time. I guess she did care for her old buddy after all.