OF Rice And Ramen... and Spam 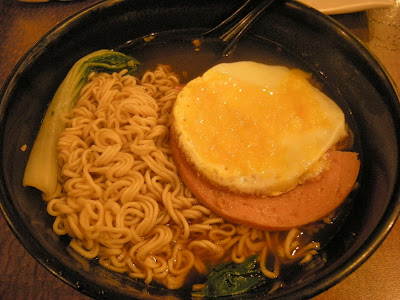 1. Instant ramen is perfect when you need to get a meal on the table pronto. Throw in a few leaves of bok choy 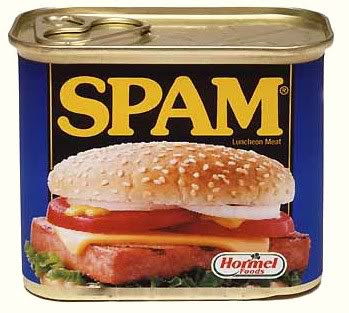 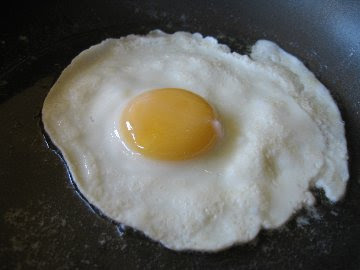 and you can bet your kids will slurp the noodles with gusto.

2.Spam is a handy ingredient to have around. In Malaysia, we call it 'luncheon meat'.

3. 'Nasi' is rice in Malay/Indonesian 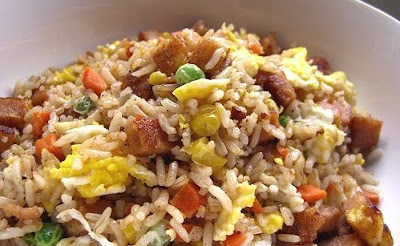 Heat up wok and add cooking oil. Brown the diced spam. Remove and keep aside.
Saute onion till fragrant, add mixed-vegetables and stir fry for 1 minute. Add salt and pepper. Mix well.
Turn up heat. Add rice and fried spam meat and stir-fry for 2 minutes. Add eggs and soya-sauce. Stir mixture around the wok to coat evenly.
You know it's ready when you see the rice grains 'jumping up and down' the wok. Grandma always used to say "fry until the rice starts to dance". 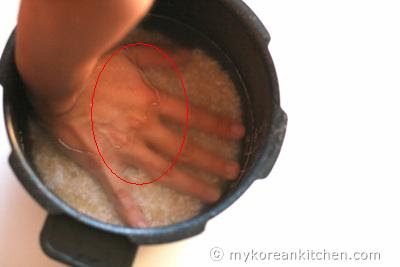 2.Spam is a registered trademark name for a canned ground pork shoulder and ham product introduced by the Hormel Company in 1937.

3.During WW II, Hormel sold more than half of its output to the U.S. government, which supplied SPAM to the armed forces of the U.S., and also to the U.S.S.R. under the lend-lease program.

5.West Yellowstone sponsors the 'Spam Cup' cross country ski race, with the winner receiving a can of Spam.

6.In addition to the U.S., spam is produced in 7 other countries: Australia, Denmark, UK, Japan, Philippines, South Korea and Taiwan. Spam is distributed in more than 50 countries. 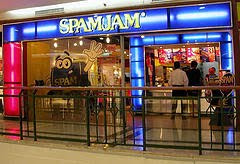 7.The SPAMJAM Cafe opened in February 2004 in the Philippines. Except for hot dogs, French fries and desserts, all other menu items are made with Spam, including Spam Burger, Spam Hero, Spam Club, Spam Spaghetti, Spam Baked Macaroni, Spam Nuggets and Spam Caesar Salad.

8.Austin, Minnesota, is home to the Hormel Company's plant that produces Spam, a canned meat product popular with Americans. Created in 1937, some of the first commercials aired on TV were for Spam. 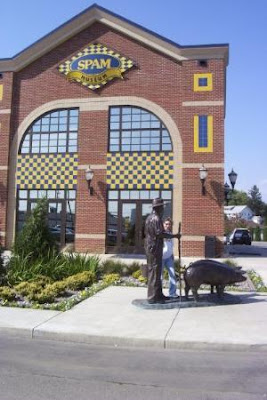 9.Spam even has a mascot -- Spammy, the miniature pig. In 1991, for its 100th anniversary, Hormel Foods opened the First Century Museum. The exhibit of Spam memorabilia quickly became the most popular. In the United States alone, 3.6 cans of Spam are consumed every second, making it the number one product in its category (canned meat) by far. On the island of Guam, more than eight cans of Spam are consumed by every person each year.

10.More than 60 years after it was first produced, Spam is still enormously popular. More than 6 billion cans have been sold!
Library of Congress Local Legacies Project 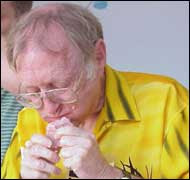