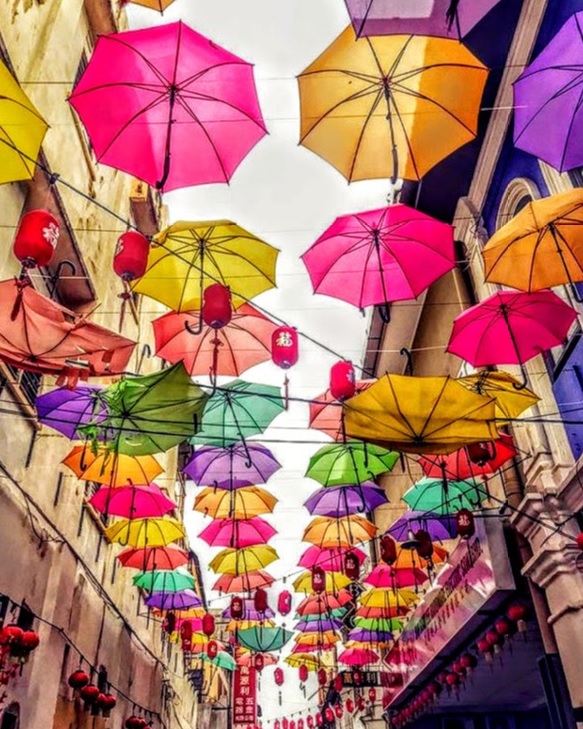 The above photo was captured at one of the three lanes named  Concubine Lanes in my hometown Ipoh.

It is said that during the colonial days, rich Chinese miner tycoons and British officers kept their mistresses here, away from the watchful eyes of their wives, hence the name!

Old-timers whiling away the time at the coffee shops nearby often regale bemused tourists with stories of beautiful ladies beckoning from behind red-curtained windows, and furious wives storming the streets!
Posted by Veronica Lee at 5:04:00 AM