I never knew what a Stroopwafel was until I had a freshly made one in Amsterdam. 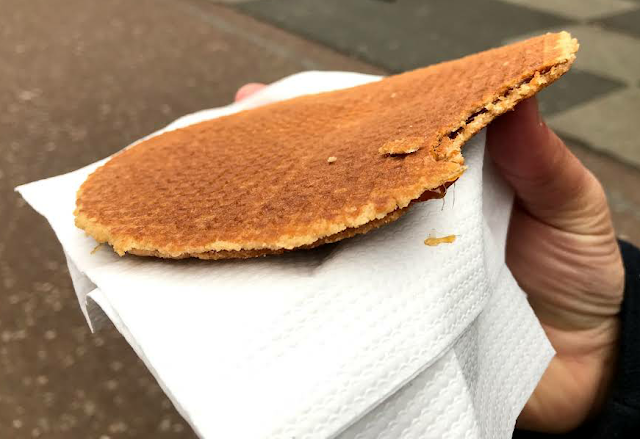 A slab of dough is pressed with a waffle iron which has a much smaller grid pattern than a traditional waffle one. Next, the waffle is taken off the iron and sliced into half with what looks like a paint scraper. Then, a thin layer of syrup (stroop) made from brown sugar, butter and cinnamon is spread on one half before they are stuck back together

When the soft, warm waffle was plopped onto a napkin and handed to me, the vendor said I had to keep it flat so the gooey caramel syrup sandwiched between the two layers wouldn't drip. 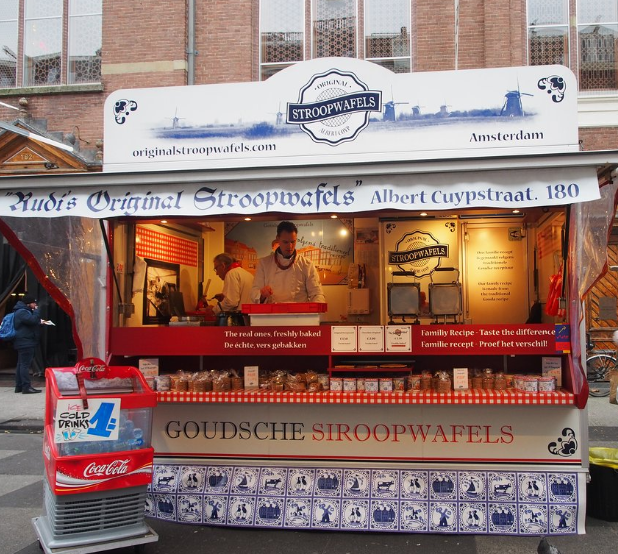 I do not have a sweet tooth and caramel isn't really my thing but that stroopwafel was an exception.
It had a lovely chew, was sweet but not too sweet with just a hint of cinnamon to keep it interesting. 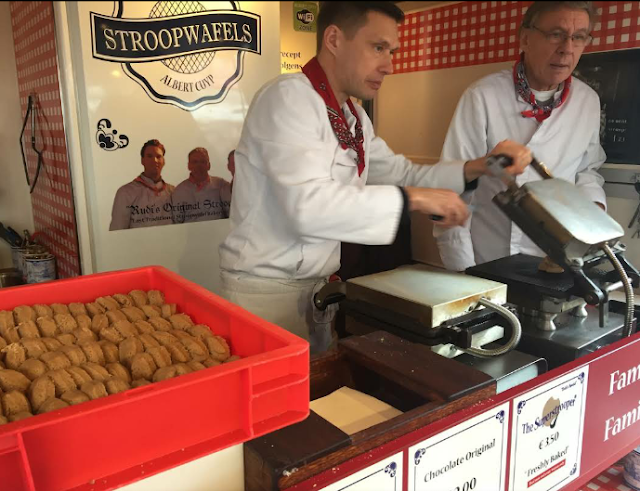 I was told that there is a ritual to eating this delectable Dutch treat. First, perch a Stroopwafel on top of a steaming cup of coffee or tea for about a minute. Then, delight in the aroma of cinnamon as the waffle warms and softens just a touch and the filling melts into a warm and gooey caramel treat.This is the traditional way of enjoying a Stroopwafel to the max in Holland!

This ritual really works its magic on those store-bought ones. 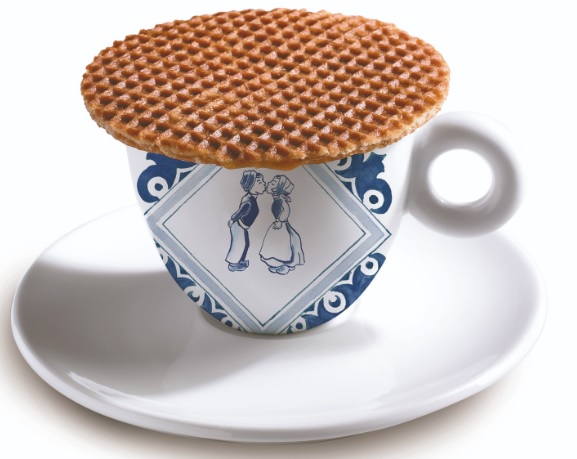 So if you’ve never had a stroopwafel, you owe it to yourself to give it a try. And if you are addicted, there is always the ASA  - Association of Stroopwafel Addicts.

"Stroopwafels ruined my marriage. I was so addicted i would sneak out of the house at night and run down to the ATM to pull money out just to buy more stroopwafels. Well that was until my bank account went into the red and i couldnt afford to pay my bills. And that wasnt even the most depraved state ive been in. I love stroopwaffels"    Dylan Troop