Question: What is a huge flock of starlings called? 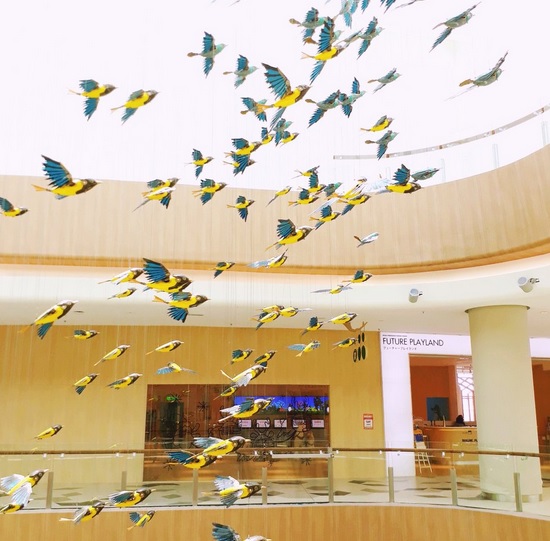 I was fascinated by this cool hanging sculpture inspired by starlings in murmuration at a community mall aptly named The Starling. 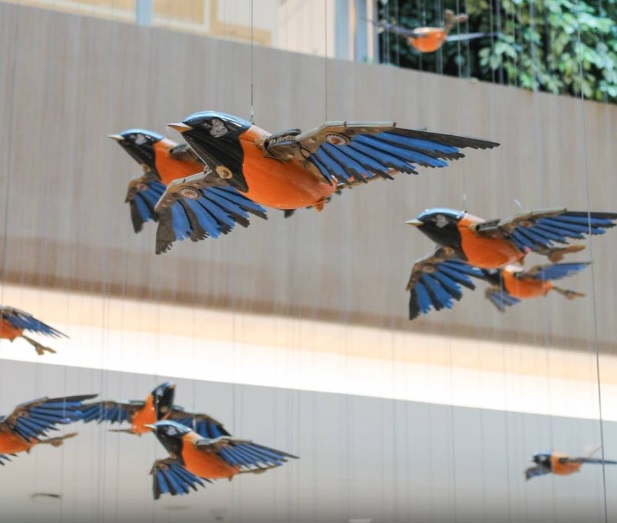 365 individually crafted birds were used in the installation to represent each day of the year.

An extra special 366th bird was added to symbolize the leap year the mall was constructed in.

When starlings flock together before dusk to roost, they often swoop in murmuration — a  phenomenon that results when the birds shape shift in the sky as if  they were a single ginormous, gyrating entity.

But the spectacular aerial display isn't for fun.The presence of a predator like a hawk or peregrine falcon often triggers the behavior and the flock's synchronized motion is based on evasive maneuvers. The swarming and complex twisting movements are a defense mechanism to help protect the flock by confusing the predator. He can't lock on to a single target. Safety in numbers!!

I've always wondered about the science behind the murmuration and a recent video I watched hypothesizes that a starling in the flock just has to follow 3 simple rules!

1. As you fly, stay towards each other
2. If any of your seven neighbours turn, you turn
3. Don't crowd each other

When millions of birds do it in unison and at a speed that's 10 times faster than any human pilot, the results are astounding!