The King of Fruits

The Hubs and I were on our way to the mall exit when we walked past a popsicle cart. The Hubs had a hankering for something cold and he bought a durian flavored ice pop. The Hubs happily lapped his icy treat as we walked towards a swanky hotel. The hotel lobby and mall shared the same exit to the basement car park.

There was already a small crowd awaiting the elevators as we were approaching the hotel lobby. Suddenly, a lady in the crowd exclaimed,  "I smell durian!" The Hubs quickly stuffed the popsicle into a pocket of his trousers. Ding! The elevator doors opened and everyone got on board. As the doors closed, the pungent durian smell was even more intense. "Eeew! I wonder where it is coming from?", the same lady complained, sniffing exaggeratedly like a hound dog, her eyes scanning around for the culprit.

Feigning disgust, I covered my nose with a piece of tissue paper so no one would suspect we were the offenders. After a few seconds that seemed like an eternity, the elevator doors finally opened and everyone rushed out save for The Hubs and me, an old man and a young couple. The old man looked at The Hubs and said cheekily,"I know it's you!"  The Hubs sheepishly fished out the offensive item from his pocket and protested, "But it's only a popsicle!" Just then, the doors opened and as the old man was stepping out, he winked, "Don't worry, I won't tell!"

Ooops!  It just didn't strike us  that durian popsicle  was....well....durian!

In case you are wondering what I am ranting about, durians are prohibited in public transportation, hospitals, taxis and hotels in our country and most parts of South East Asia because of their overpowering pong.

Interestingly, did  you know that in 2013, Sydney officials had to evacuate an entire floor of an office building after smelling what they thought was a gas leak.?!  It was only much later that they discovered it was durian! The odour  had wafted up through the vents from a neighboring warehouse where Malaysian agricultural staff were unloading a shipment of the pungent fruit!

The strong, pungent smell of the durians went into the ventilation system and reached the next office on the 15th floor of the Market St building.

"The staff in the adjoining office, all Caucasians, panicked because they thought there was a gas leak ... they summoned the emergency services. The whole floor was evacuated within minutes," he said.

Muhammad Rudy said security and emergency staff arrived at the 15th floor to investigate and, sniffing out evidence, ended up at the consulate seeking answers.

"We explained that the smell came from the durians. The officers were amazed and puzzled how similar the smell was to gas, although they were convinced after we showed them the fruit and how it smells," he added. 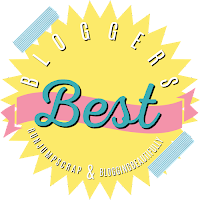