In my previous post  "Upside Down Fortune", bloggy pally Lin @ Duck And Wheel With String asked, "Veronica, I've heard of Fu Dogs....how is Fu connected with them??"

I've never heard of "Fu Dogs" until Lin mentioned them!  Neither has my all-knowing aunt nor my mom-in-law! Or my Malaysian Chinese friends! I even asked my son's Chinese teacher and she was just as clueless!  Finally, an American Chinese cousin explained that a "Fu Dog" is actually a Chinese guardian LION! Chinese guardian lions, known as Shishi or Imperial Guardian Lions, are  INCORRECTLY called "Fu Dogs" in the West. Chinese reference to the guardian lion is seldom prefixed with " Fu" (佛 or 福), and more importantly never referred to as "dogs". In other words, "Fu dog" is a misnomer.

Over here, on our side of the pond, I have seen these majestic lions guarding the entrances of Chinese offices, temples, hotels, malls, etc. but never quite knew the symbolic elements they stood for until today. I had always thought they were merely ornamental.

Traditionally made from bronze , the lions guarded imperial palaces and temples in China, always in pairs (yin and yang). These sculptures originally served as totems for the elite, due to their cost, but they have been reproduced cheaply and universally in modern times. Interestingly, you can tell the owner's status by the number of bumps (curly hair) on the lion's head - the more the bumps, the higher the owner's rank!

You can also identify the gender of the lion by what’s beneath the paws: the male (yang)  rests its right paw on a ball, symbolizing supremacy over Earth.
The female (yin) has her left paw on a playful cub that is on its back, representing nurture.
Traditionally, the male lion is placed on the right side of a building or dwelling it stands before, and the female will be on the left side. The male of the pair is said to guard the structure, while the female protects the interior of the place and its worshipping believers or inhabitants.

Fu dog ornaments, with their striking, often colorful appearance, have become a favorite of decorators in the West. 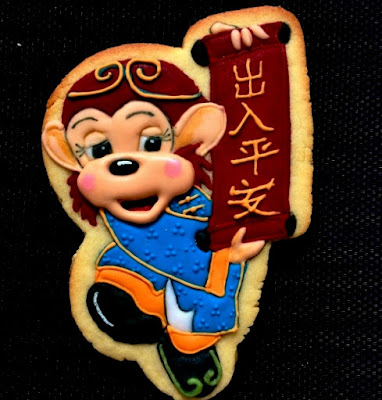