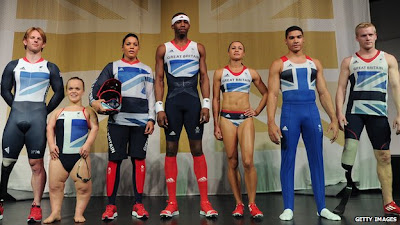 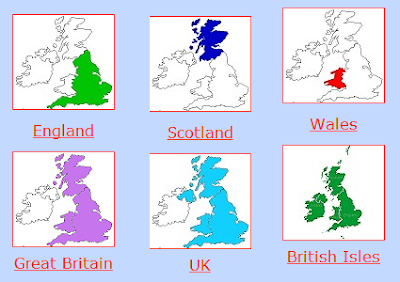 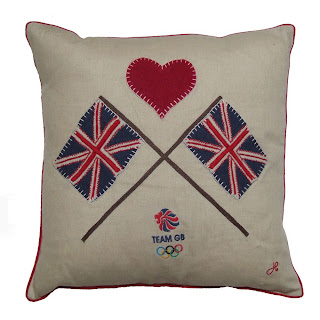 You are indeed correct that the full name of our country is 'The United Kingdom of Great Britain and Northern Ireland'.

The 'United Kingdom' bit refers to the union of England, Northern Ireland, Wales and Scotland.

The 'Great Britain' bit, is a geographical term that refers to the largest Island within that group (which happens to include the countries; England, Scotland and Wales).

That is why it is Team GB - Ireland aren't competing as part of the team!

P.S. Northern Ireland are part of team GB but not the Republic of Ireland (southern Ireland). So technically it should be Team UK!

Err... I honestly don't really care. I know I should - I am British after all. But anyway, to be correct, I agree with Annie. :)

I was just thinking about all of this over the weekend!

Head gonna 'splode!! I don't really care about the Olympics (waiting for lightning bolt to strike me dead), believe it or not. I think they have become too commercial for me. I miss the old Peggy Fleming days when the Olympians were honest-to-goodness amateurs.

Anne @ http://www.thedayafteryesterday.co.uk/2012/07/great-britain-versus-united-kingdom-eh.html gave a bloody good answer to my question.

Thanks Anne! I love ya!

That is super confusing!

Well I'm Team Ireland so really haven't a clue about Team GB although as a fan of rowing they were superb in the Men's and Women's 8s yesterday! It's all very confusing though isn't it? Love the school maps, they clarify a lot. #KCACOLS

Thank you for the geography lesson. I'm enjoying watching the Redneck Olympics (rodeo) on ESPN 8 "The Ocho".

I'm going to agree with Annie as I'm getting confused even though I'm a Brit...or a UK person or whatever I am!:)

Thanks so much for linking up at #KCACOLS. Hope you come back again next Sunday.

Definitely made me think. But whatever it should be I've been loving watching them at the olympics! #kcacols

That's an interesting question. One that I need to give a bit more thought to though Veronica #KCACOLS