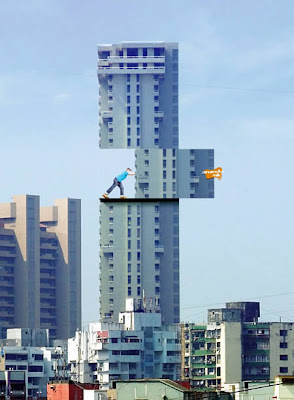 Anando Milk, from India, wanted to increase milk consumption among children, so the McCann Erikson Agency came up with this amazingly creative ad placed on one of Mumbai'sbuildings, where you can see a child strong enough --a benefit of the milk, of course-- to move part of the building itself. 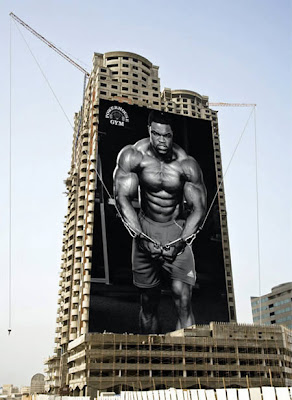 This creative ad campaign for Powerhouse Gym, revolves a construction site giving it a sense of interaction with everyday elements to the public eye. 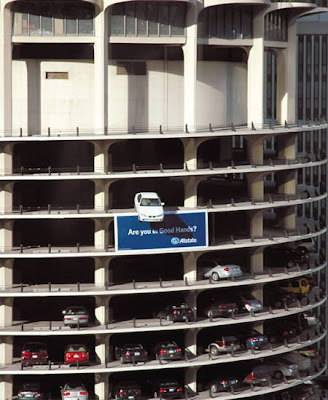 This idea for Allstate auto insurance features an actual car teetering on the edge of the parking garage in Marina Towers, a famous landmark in the center of downtown Chicago 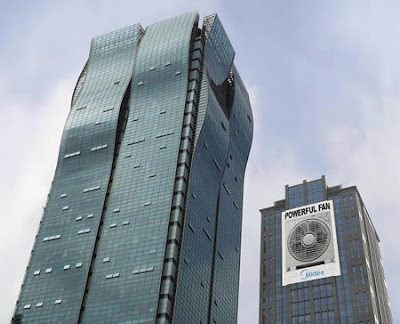 The Haitong Building --a well known Shanghai landmark-- has a unique curved top, so this building ad, by Firstell Communications Agency, was placed on the opposite building, creating the illusion where the powerful gust from a Midea electric fan has caused the wave design. 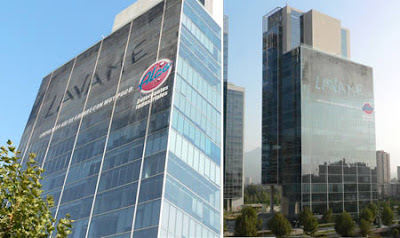 "Wash me" says this clever ad for Alco's cleaning products, created by Alma agency in Chile. 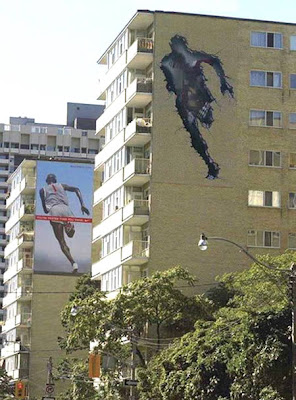 Nike's "Run Through The Wall" ad spans two buildings: the first one's got a cracked image of the building in the shape of the running man, while the second has the actual runner with the Nike logo. 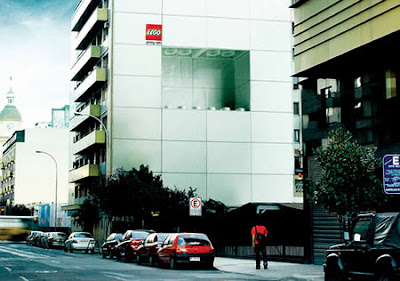 A fascinating ad for Lego, made by Ogilvy and Mather agency in Santiago, Chile. 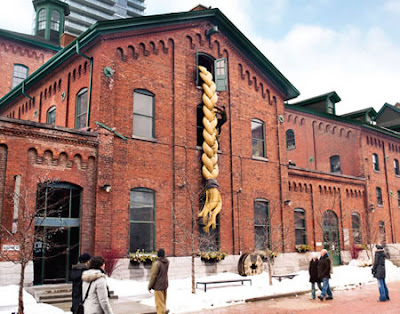 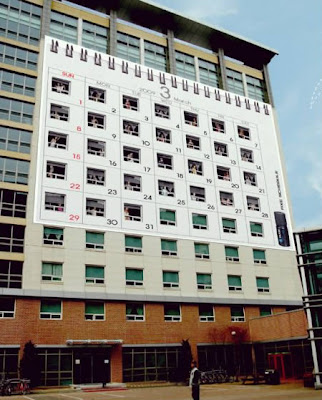 Wrapping the female students' dormitory in the shape of a calender and using Axe for a month throughout March, this advertisement aims for the expression that a new female can be met on a daily basis, to promote the brand image and preference for Axe. 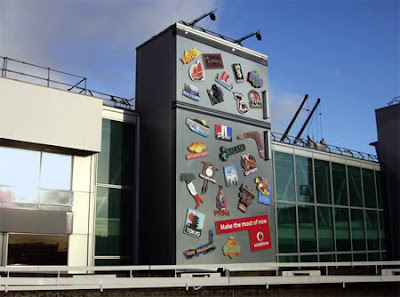 Placed outside London's Heathrow Terminal 1, the ad fits in with Vodafone's strategy of "Make the most of now"