TheHyperbolic Crochet Coral Reef Project is a riotous colourful collection of crocheted coral reefs from thousands of volunteers around the world. It is a manifestation of the Great Barrier Reef. Australian twin sisters Margaret and Christine Wertheim launched the project to honour the fragility of the world’s coral reefs.
As it turns out, the corals, anemones, kelps , sponges etc that live in the reef have hyperbolic geometric structures: shapes that mathematicians, until recently, thought did not exist outside of the human imagination.It wasn’t until 1997 that Daina Taimina, a mathematics researcher at Cornell who had learned to crochet as a child in Latvia, realized that by continually adding stitches in a precise repeating pattern she could create three-dimensional models of hyperbolic geometry. "For the first time mathematicians could, as Ms. Wertheim said, “hold the theorems in their hands.” 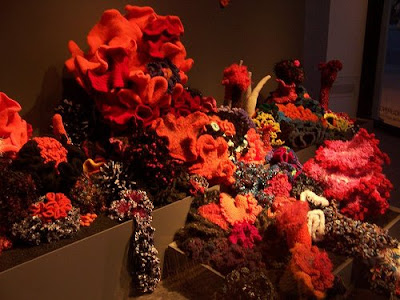 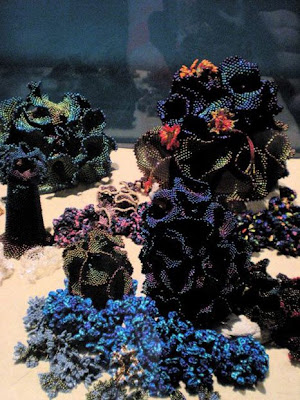 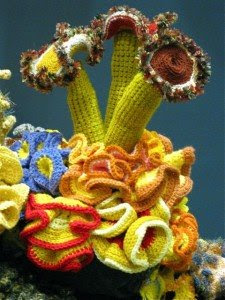 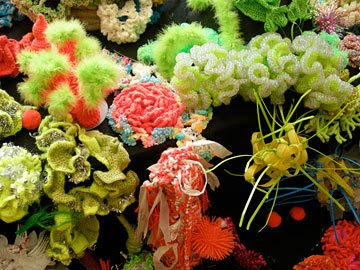 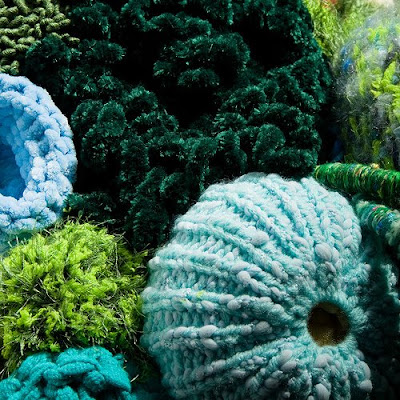 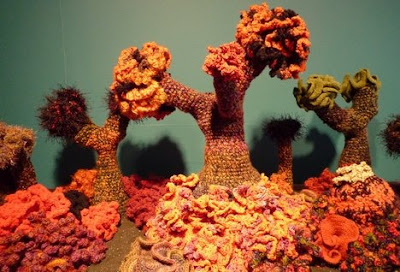 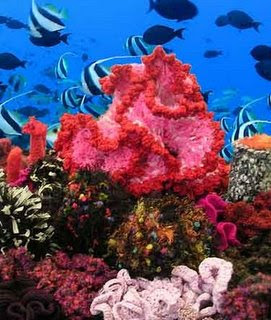 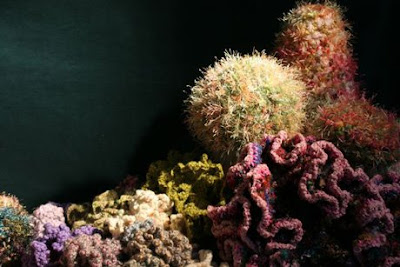 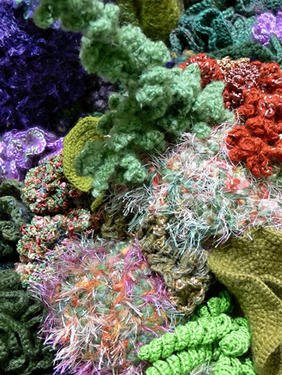