I was strolling in a different part of my neck of the woods when a burst of blazing-red flowers lining the sidewalk caught my attention.
I was instantly reminded of my late aunt A.
Aunty A had a super green thumb.
All the greens on her plate came from her garden and the manure for her greens came from her if you know what I mean  —  the circle of life, eh?
Whenever we were invited over for dinner, Aunty A's homegrown veggies were a running joke among us cousins .
"Well, it doesn't get more organic than this!" Cousin Noel once quipped. And this joke has been recycled over and over again long after Aunty A was gone.
All sorts of wonderfully-weird beans, gourds and flowers grew in Aunty A's garden and my favourite bloom was her cockscomb celosia.
With its outrageously showy flowers, it was the most conspicuous plant in the neighbourhood and it drew many compliments.
Even passersby would stop to gawk at her curious celosia! 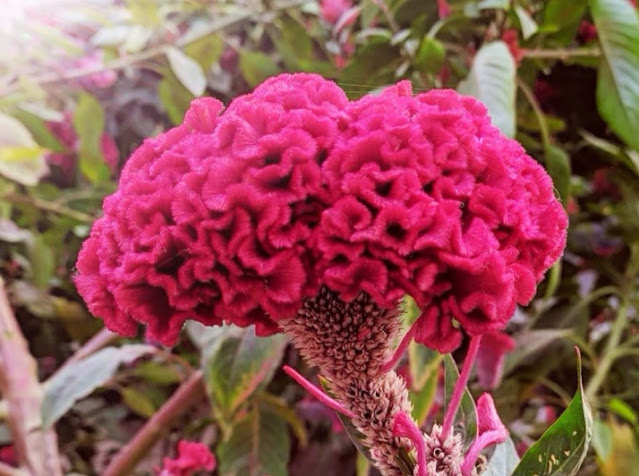 It does resemble a rooster's comb, does it not?