I can't drive. I can't find my way around even in places I've been to a thousand times. I can't judge distance. And if I turn left to enter the ladies or an elevator in the mall, I need to remind myself to turn right when I come out. I dare not even take a few steps away from my hotel in a strange city 'cos I know I wouldn't be able to find my way back unless I leave a trail of breadcrumbs! If I watch a Youtube tutorial on a hundred ways to tie a scarf, my brain can't register which way the scarf is being twisted or turned.  If I want to create something symmetrically, my brain can't do the whole mirror-image thing. I can’t look at a two dimensional drawing and translate it into a three dimensional picture in my head.


When I was fifteen, I used  to ride my bicycle to my best friend's house  but was chronically lost. I had not one, but two accidents while cycling. The first was when I was knocked down by an oncoming motorcyclist when I attempted to cross the road. Luckily for me, I wasn't hurt. Just a few scratches and a bruised ego. I felt so dumb. My cousin who was cycling with me asked me afterward why the hell I crossed the road when the biker was so near. But to me, he appeared to be quite far away.
The second time, I was hit by a bus while cycling home from my cousin's house. I can't really recall what exactly happened. I vaguely remember the sound of screeching brakes and the driver alighting and yelling at me maniacally, causing a scene. I was more mortified than petrified! Miraculously, I was unscathed, not a single scratch. Perhaps the driver braked just in time. Or perhaps I have a powerful guardian angel who was working overtime, watching out for me. Ha! I bet he/she is relieved I don't drive!

In today's liberated age, the idea of a non-driving woman isn't acceptable. "What? You don’t drive??!!" People would say, bemused and amused, looking at me like I am a wimp.  And when I answer that I am spatially challenged (I don't know how else to describe my condition), they think I am making it up just to find an excuse for not wanting to drive.

Recently, my younger son, Rodney, has been displaying some of the symptoms when he started to drive. He clearly has no sense of direction, lacks any memory of routes, can't find his way back to where he has parked his car, etc. He is perpetually lost just like me! Thank God for GPS!

It dawns on me now that some of his traits are related to this whole spatial awareness thing. For instance, Math. While he excels in all the other branches of Math, he just can't ace Geometry.

I feel really bad for passing this defective gene to him but now people give me more credence and understand that my inability to drive is not just a quirk of mine or that I am lazy or stupid. I know I sound like a bad mom but knowing that I am not alone in this is comforting. Believe me, I hate myself for having him inherit that flawed gene. It can be pretty hilarious when Rodney and I are out on an errand, even if it's just in our neck of the woods. It's a classic case of blind leading the blind!

Save for the two of us, I don't know anyone else personally who lacks spatial awareness. Looking back, I do remember an uncle who didn't drive. His wife was always at the driver's seat and it was a running joke between my aunts and uncles. Back in the 60s, a  non-driving male was less than a man and had no place in society. Poor guy! Perhaps, he too, was born without an internal compass.

There is no official name or write-up for our condition. Many websites lump this undiagnosed disorder with Directional Dyslexia. The writer of The Reading Well defined it as "Extreme difficulty distinguishing right from left and following a sequence of directions or retracing a path." But I disagree. Rodney and I have no problem distinguishing left from right or west from east. But we most definitely can't follow a sequence of directions or retrace a path!

I am often haunted by recurring nightmares of getting lost in a forest, inside a building, going to school, office, etc. I await the day when medical science can decipher the symptomatology, why our brains are wired differently and give us a medical term and cure for it.

Meanwhile, we have our own coping mechanisms. 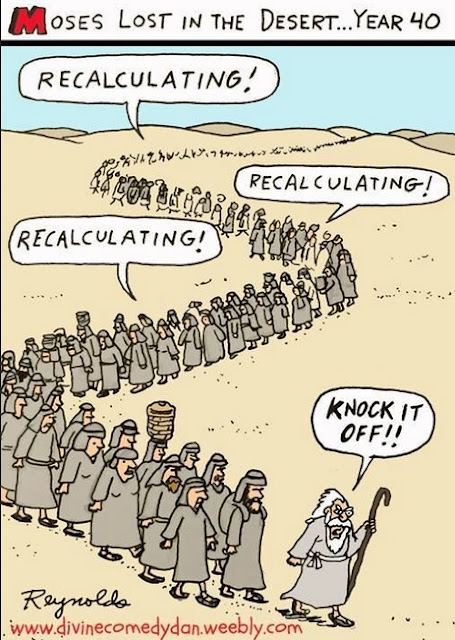 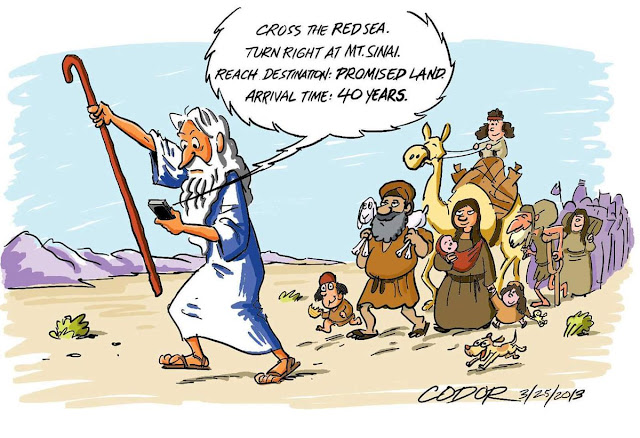