Where I come from, these adorable spotted beetles are called ladybirds. I think  Americans call them ladybugs. Growing up, I've always wondered if the ladybird was named for any particular female trait it possessed. 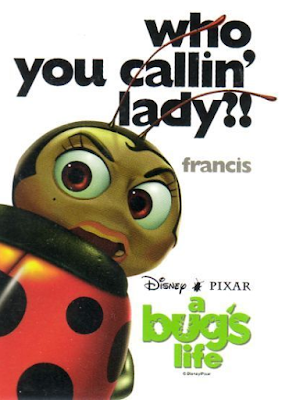 Interestingly, today I found out that the "lady" in ladybird refers to the Virgin Mary! Legend has it that crops in Europe during the Middle Ages were plagued by pests, so the farmers began praying to the Blessed Lady, the Virgin Mary. Soon, the farmers started seeing ladybirds in their fields, and the crops were miraculously saved from the pests. They associated their good fortune with the black and red beetles, and so began calling them lady beetles. In Germany, these insects go by the name Marienkafer, which translates as Mary beetles. The 7-spotted lady beetle is believed to be the first named after the red cloak Mary often pictured in biblical paintings; the red color represents her cloak, and the seven  black spots represent her seven graces and sorrows.

Here are 10 cool facts about ladybirds

1. Ladybirds aren't really bugs at all, they're beetles!

2. In France, one common name is “la bete a bon Dieu” which roughly translates as “God’s animal”.In Russia, a popular name is “Bozhya korovka” which translates as “God’s little cow”, no doubt referring to the beetles’ spots which are not unlike the kind you’d find on certain cows. In fact, one of the alternate early names for the beetle, before “ladybug” or “ladybird” in English was “ladycow”.

3. Even in cases where the ladybird isn’t explicitly linked with God, it was historically considered by many to be a good luck charm or good omen due to it generally being considered a helpful insect. For this reason, it was less-commonly known as the “golden-bug” in some parts of England.

4.  Ladybirds bleed from their knees when threatened.

7. Scientists believe ladybirds may lay both fertile and infertile eggs.

10. You can't tell a ladybird's age by counting its spots.