While a ferry ride was just a daily mode of transport for hubby back in those days of his childhood, it is quite an experience for the boys whenever we visit our in-laws in hubby's hometown. 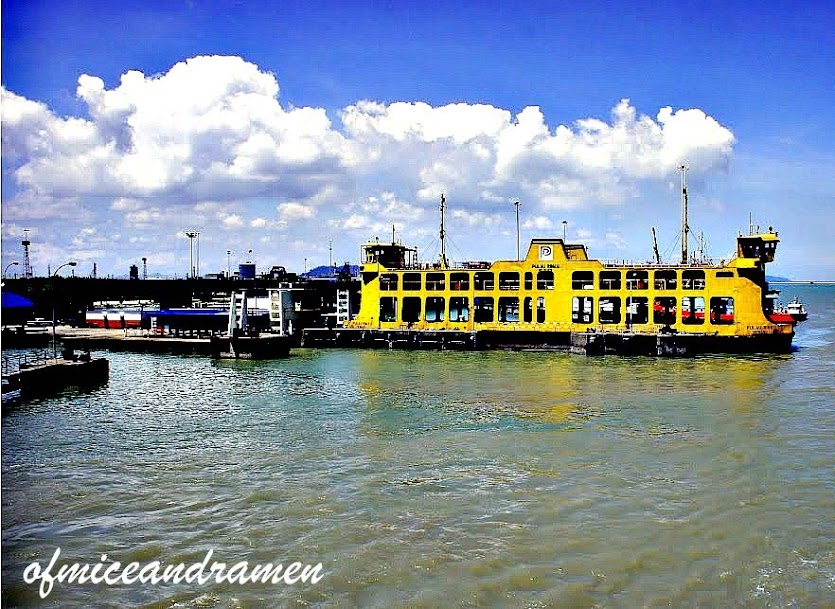 Ferries were the only mode of transportation connecting Penang Island and the mainland before the Penang Bridge was built in 1985. This iconic figure that has appeared in many Malaysian travelogues and brochures began its service in 1920. Some of the ferries are nearly 40 years old! The eight ferries in the current fleet and one retired ferry are named after islands in Malaysia.The ferry is designed for vehicles to roll-on/roll-off. 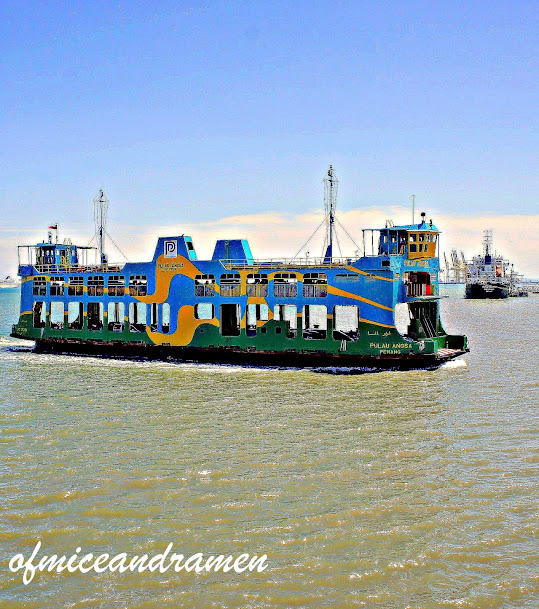 As soon as our car has boarded the ferry, the boys and I would hit the upper deck where we can get an unobstructed view of the blue yonder. It may be a mere 15 minute ride but counting jellyfish as they glide past us and feeling an occasional spray of saltwater on our windswept faces from the cresting waves below are just part of the ride you want to experience over and over again.
Posted by Veronica Lee at 8:48:00 AM