Birds Made Of Petals By Hong Yi

Remember Hong Yi aka Red, the Malaysian artist-architect who challenged herself to create a new piece of food art every day in the month of March? Well, she's making waves again - this time with her adorable, playful  creations of exotic birds using flowers, leaves, twigs and sticks she finds in her garden.

Thought it'll be nice too, to share some fun facts on the flora of the country where I live. 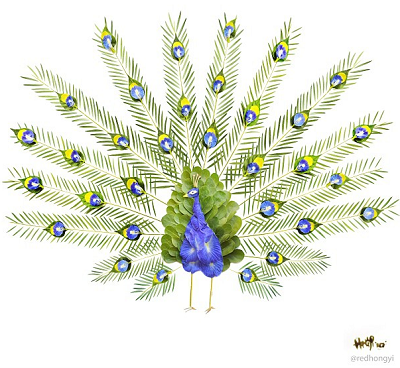 Peacock made from the petals of the butterfly pea and allamada flower, bottlebrush leaf and spines of the coconut leaf. 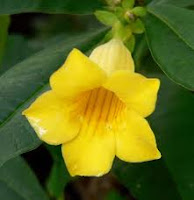 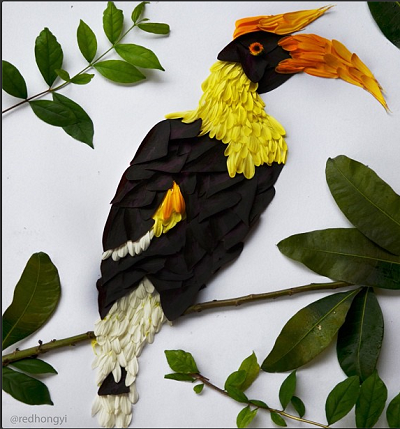 Malaysia's largest state, Sarawak, is known as 'The Land Of The Hornbills'. As its names suggests, hornbills are in abundance here. 8 known variants are found in Sarawak alone. 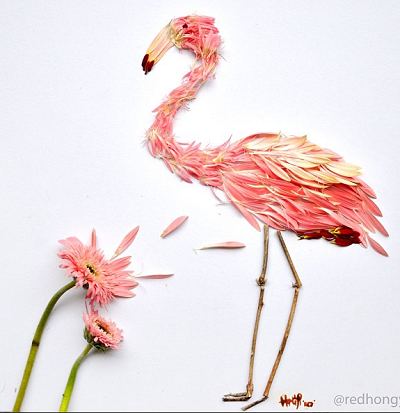 Flamingo made from the petals of pink gerberas 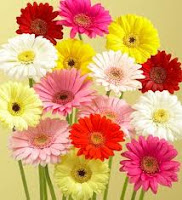 Gerbera - a member of the sunflower family 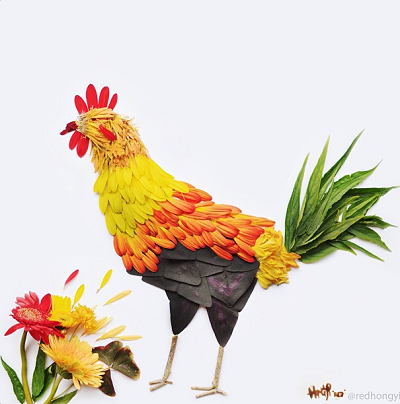 Rooster made from gerberas and leaves 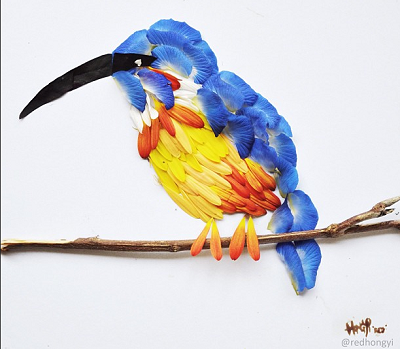 A kingfisher made of gerberas, butterfly peas and purple shamrocks 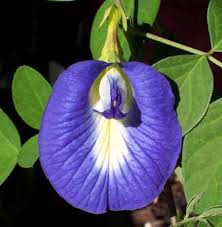 Clitoria Ternatia (commonly known as the butterfly pea). This genus was named after the clitoris because of its resemblance to the female genitalia! The Malays and Peranakan use the blue butterfly pea as a natural blue dye for cakes, rice and dumplings. 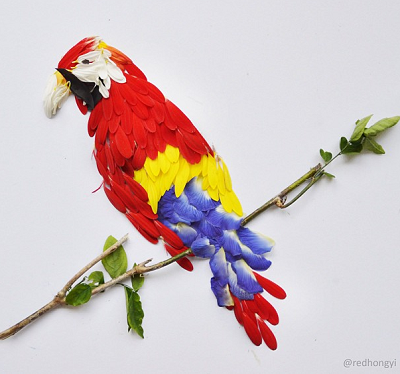 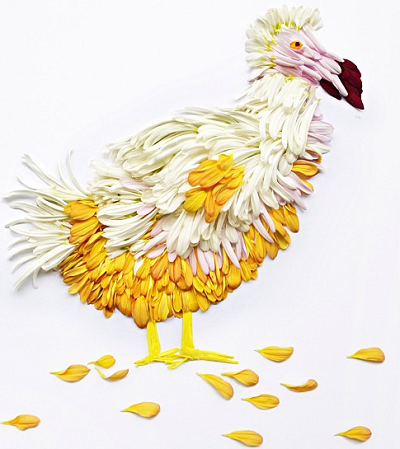 Dodo made of white, pink and orange chrysanthemums 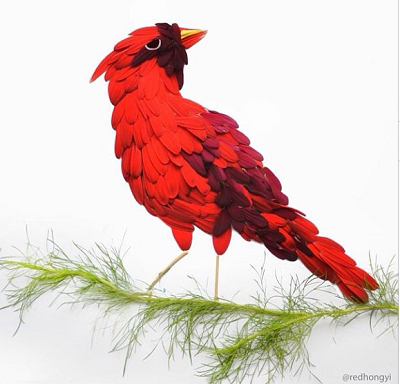 Northern cardinal made of red gerberas and deep purple chrysanthemums 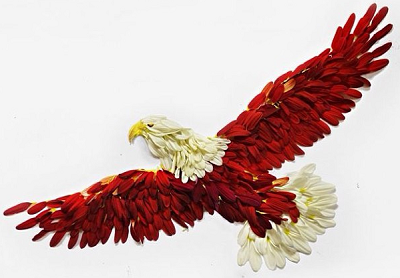 Bald eagle made of white, yellow and maroon chrysanthemums
Posted by Veronica Lee at 7:28:00 PM