I am loving Italian photographer Gabriele Galimberti's Toy Stories -  a series of photographs of children around the world with their most prized possessions.
The images certainly highlight the diversity and stark disparity in material wealth between the kids. 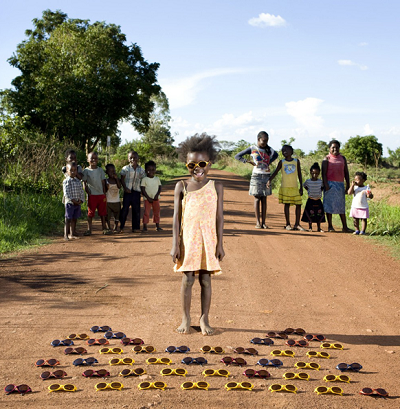 Maudy – Kalulushi, Zambia
Maudy was born in a hut in a small village close to Kalulushi, in Zambia. She grew up playing in the street with the other children in the village, who all attend the same school, where the ages of the students range between 3 to 10 years in the same class. The village has no shops, restaurants or hotels, and only a few children are lucky enough to have toys. Maudy and her friends found a box full of sunglasses on the street, which quickly became their favorite toys. 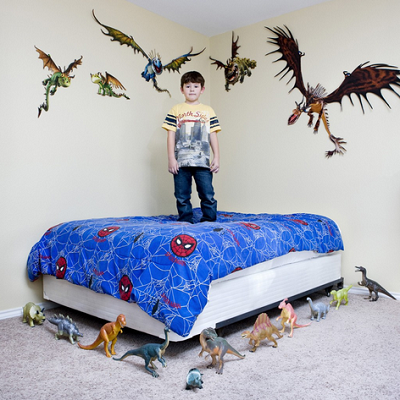 Orly - Brownsville, Texas
Orly was born in Browsville from a Mexican mother and American father.
He has never been to Mexico, 2 miles south of his house and his mother hopes that he will never go there because, she says, it is a dangerous place.
He loves dinosaurs. He says those that fly over his bed protect him from ghosts and from the Mexican people that might kidnap him. 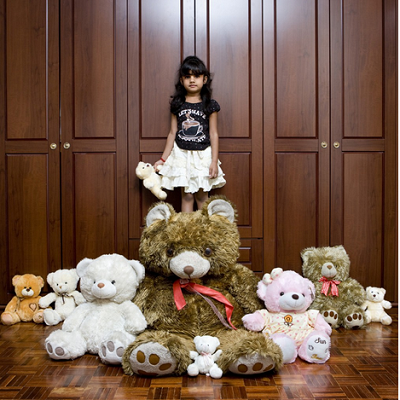 Reanya - Sepang, Malaysia
Reanya was born in Kuala Lumpur, but now lives in a big, new house built in one of the many satellite cities around the capital. Her family shares the house with her uncle’s family, in a neighborhood that looks like an American suburb, where all the houses are very similar. Her parents give Reanya a lot of different toys, but she loves bears the best. 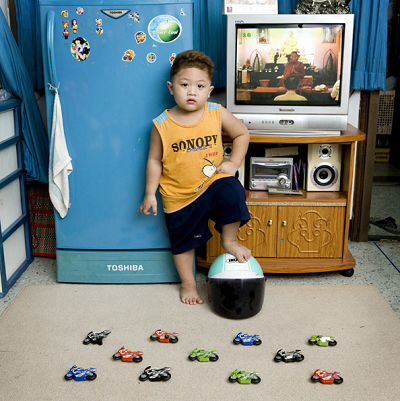 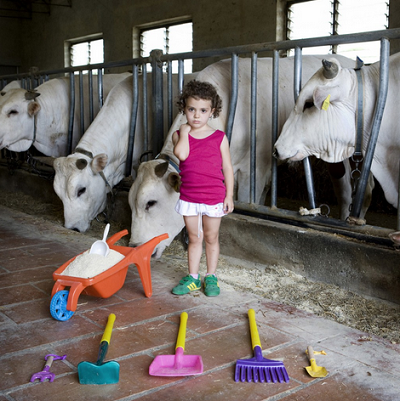 Alessia - Castiglion Fiorentino, Italy
Alessia was born and raised in the country. Her family owns one of the largest farms in the city. She loves to play with the animals and helps her grandfather with the work on the farm. With her toy tools,she brings food to the many Chianina cows. 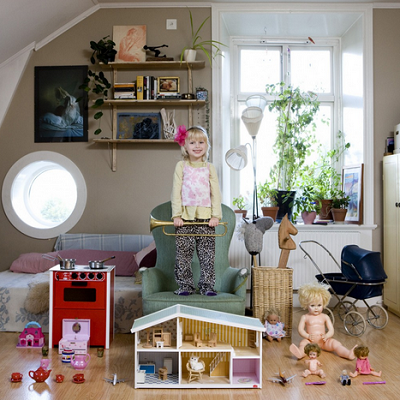 Tyra - Stockholm, Sweden
Tyra lives in a beautiful wooden house in the southern part of the city together with her parents and her older sister. She always plays with her sister who is just a year older. Their favourite toys are the red stove and the dollhouse. Sometimes, when she plays with her sister, Tyra loves to pretend that she’s their mother and cooks for her sister. 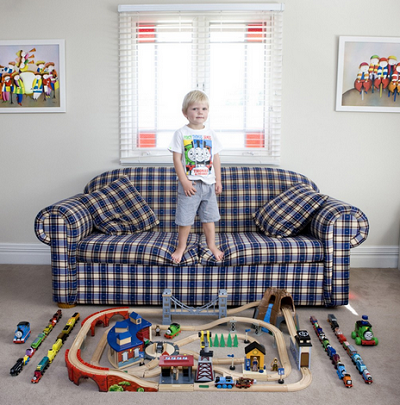 Lucas - Sydney, Australia
Lucas lives with his parents and his sister in a big house in the eastern part of Sydney, Australia. The first toy that his father gave him two years ago was a little train.
Lucas has loved little trains since and he has many. His favourite is the one made of wood. He always plays with that one and says  his dream is to work in the subway of Sydney. 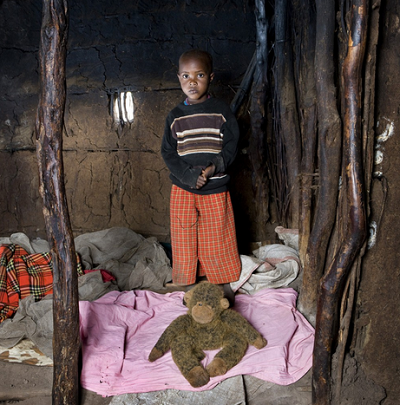 Tangawizi - Keekorok, Kenya
Tangwizi was born in a Maasai village in the south of Kenya in a small hut made of dung and straw. His bed is just a few rags on the ground. He always plays outside with all the other children of the village but every night he sleeps with his only toy, a little pelouche monkey. 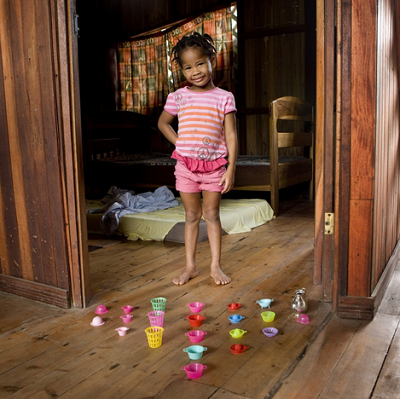 Naya - Managua, Nicaragua
Naya has only a few cooking toys but she never gets bored playing with them. Using the mud and grass from the garden, she pretends to bake cakes for her older sister. She says that in the future she will manage a restaurant and she’s sure that  her guests will love it! 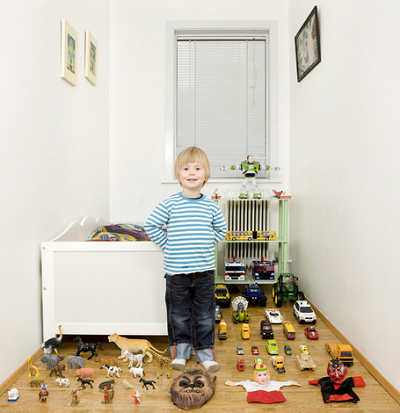 Ragnar - Reykjavik, Iceland
Ragnar has a small room in a big rented house in the northern part of Raykjavik. He has  been living there with his parents and an older sister for 5 years. The monkey mask is his favourite toy. He spends 90% of his play time inside the house because it is too cold, dark and humid to play outside. He almost never plays with his sister.