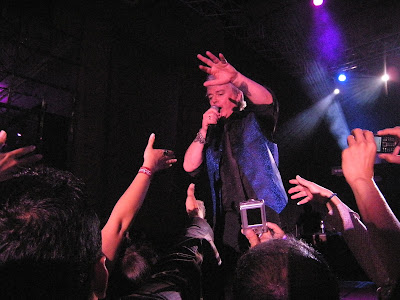 I SHOOK RUSSELL HITCHCOCK'S HAND!!! Another item to strike off from my bucket list!
For nearly 30 years, I had wanted to catch Air Supply's show live but each time they came to Malaysia, something always came up. I couldn't watch them perform the first time they came to Malaysia because I was sitting for a major examination. And after waiting for an eternity for them to come the second time round, the organizers cancelled their show. And when they came again the third time, I was heavily pregnant with Josh and didn't want to risk giving birth to him in a packed autitorium amidst thousands of screaming fans. The duo came to Malaysia several times after that but each time their concert was held in the Genting Highlands Resort and I didn't fancy taking a nauseous long and winding drive up a hill knowing that I would end up sick throughout the show.
When I heard that they were performing in the Kuala Lumpur Hilton in June, I was ecstatic! This time I had no examination to sit for, definitely not pregnant and the venue was less than a 30 minute drive away!! Then WHO declared the H1N1 pandemic!! With bated breath and my fingers crossed, I waited impatiently for the concert, half expecting it to be canceled anytime.
When I was actually attending the show, I still couldn't believe it was for real. There were technical hitches and the pessimist in me thought maybe the show couldn't go on after all.
But it did, it finally happened!! The show was awesome and I loved every second of it. Man, it was soooo nostalgic as the dynamic duo brought back many wonderful memories from the 80s. 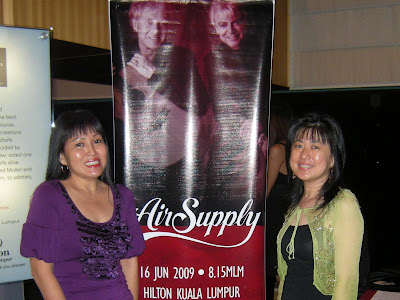 Met a pallie at the show. I'm the one on the right. 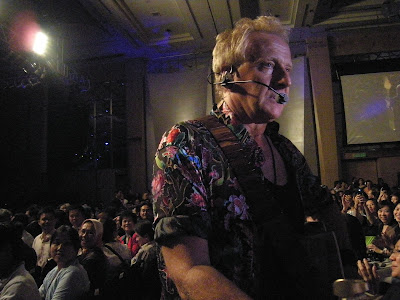 My jaw dropped when Graham Russell walked down the stage and sang right in front of me! 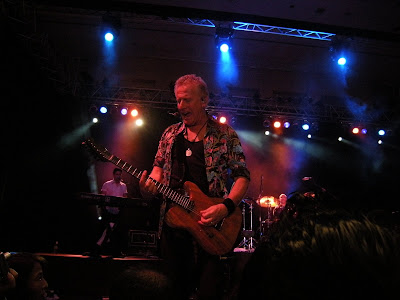 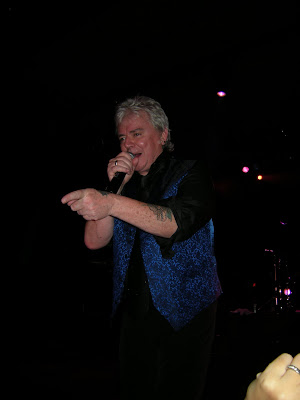 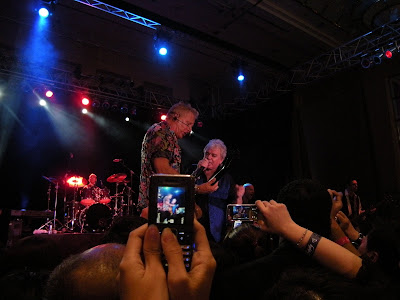 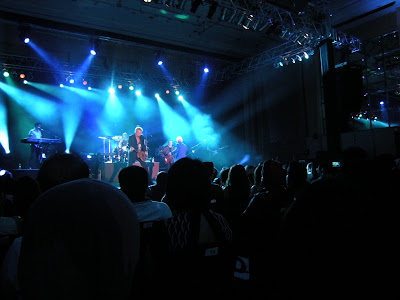 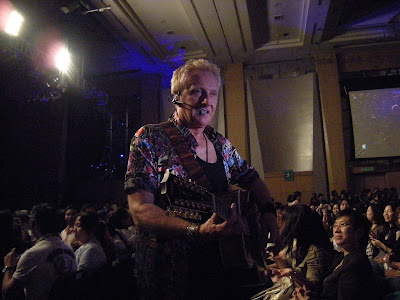 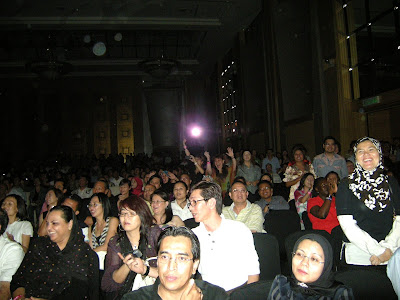 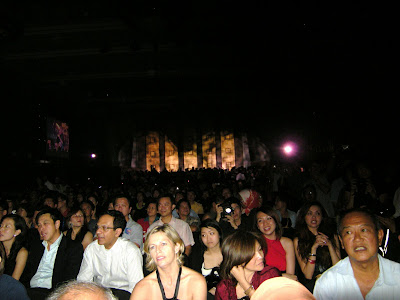 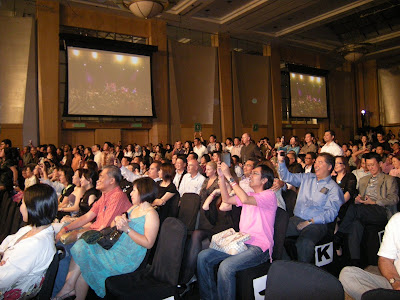